TUCSON, Arizona — U.S. Immigration and Customs Enforcement (ICE) and the Mexican Ministry of the Interior announced the continuation of the Interior Repatriation Initiative (IRI) beginning Thursday, a joint agreement between the governments of the United States and Mexico to provide humane, safe and orderly repatriation of Mexican nationals.

The goal of the IRI, which began as a pilot program in 2012 and was signed as a permanent initiative April 18, 2013, is to return Mexican nationals to the interior of Mexico. Having this framework will reduce recidivism and border violence by returning Mexican nationals to their cities of origin, where there is a higher likelihood that they will reintegrate themselves back into their communities, rather than fall victim to human trafficking or other crimes in Mexican border towns.

“The Interior Repatriation Initiative (IRI) reflects our commitment and ongoing bilateral effort with the government of Mexico to ensure strong, humane and effective enforcement of both nations’ immigration laws,” said ICE Director Matt Albence. “The protocols we have in place for IRI flights continue to ensure that those repatriated to Mexico are returned in a safe and expeditious manner, and closer to their homes, to discourage future attempts to cross the border.”

ICE works closely with Customs and Border Protection (CBP) to ensure safe and expedited removal of individuals who have unlawfully crossed the southern border. Expedited removals occur when a non-U.S. citizen is denied entry into the United States and is physically removed, usually from a U.S. port of entry. Expedited removals carry the same legal consequences as a removal (deportation). 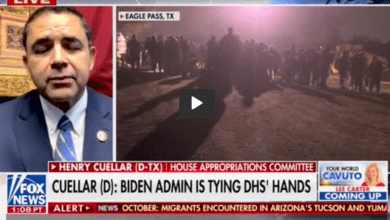