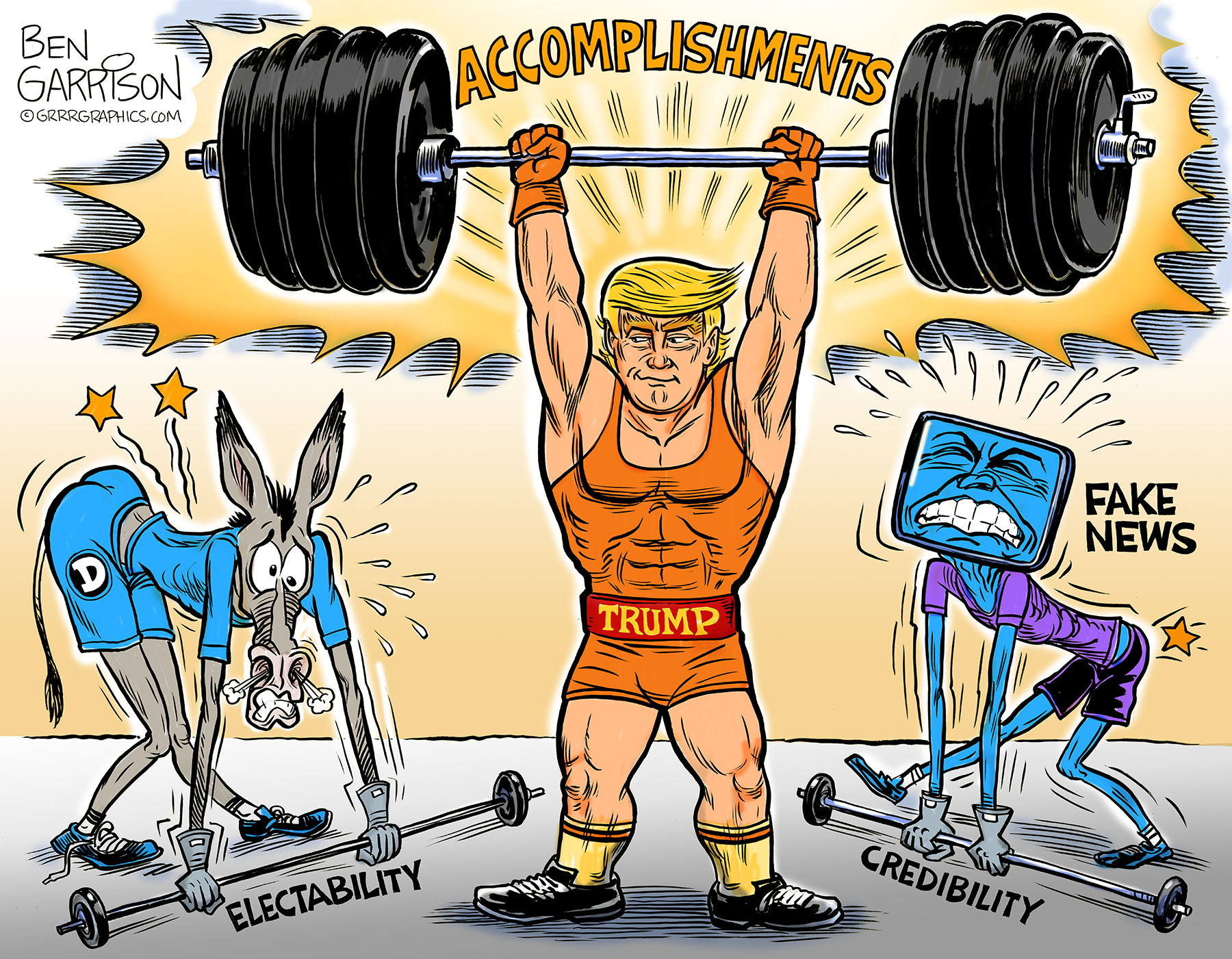 Nearly three years have elapsed since Donald Trump was elected president. Even before his inauguration the Deep State and Democrat Party began conducting their coup attempt. Despite tremendous pressure–even from his own party–Trump accomplished a great deal. Perhaps not enough to warrant the ‘Keep America Great,’ slogan—not yet–but he has lifted our spirits and given us hope that more change can occur. More and heavier weights still need to be lifted. We remain in the ‘Make America Great Again’ stage.

President Trump’s biggest achievement has been avoiding new wars. The Deep State’s military-industrial complex and the central bankers love war. They wanted us at war with Iran by now. Hillary even hinted at war with Russia. While Trump has avoided new wars, he still needs to extract us from old ones. The war in Afghanistan has been our longest-running war by far. It’s time to end the wars for empires that have cost countless lives and trillions of dollars.

Spend that money rebuilding our infrastructure at home. Put young men and women to work rebuilding our future. Continue to work toward peace, and that includes dialogue with North Korea. Trump was the first president to set foot in that country.

Trump had the backbone to say ’NO!’ to the globalists’ climate change bunk. He got us out of the Paris Climate Change Accord. He knows a ‘Green New Deal’ would be a raw deal for our economy and working class. He got us out of bad trade deals and was the first president in modern history to also say ’NO!’ to China’s unfair trade advantage. Instead of enriching Chinese communist tyrants, he wants to bring jobs back home to America. Trump is cutting bureaucratic regulations, taxes, and red tape, which have hurt businesses while creating bigger and more corrupt government. For this I applaud him.

It’s also time to end the Fed and their system of debt money. End the IRS, too. Come on, Mr. President…you can do it. You have a painting of Andrew Jackson in the Oval Office. He was able to do break the grip of private international bankers. You can too! 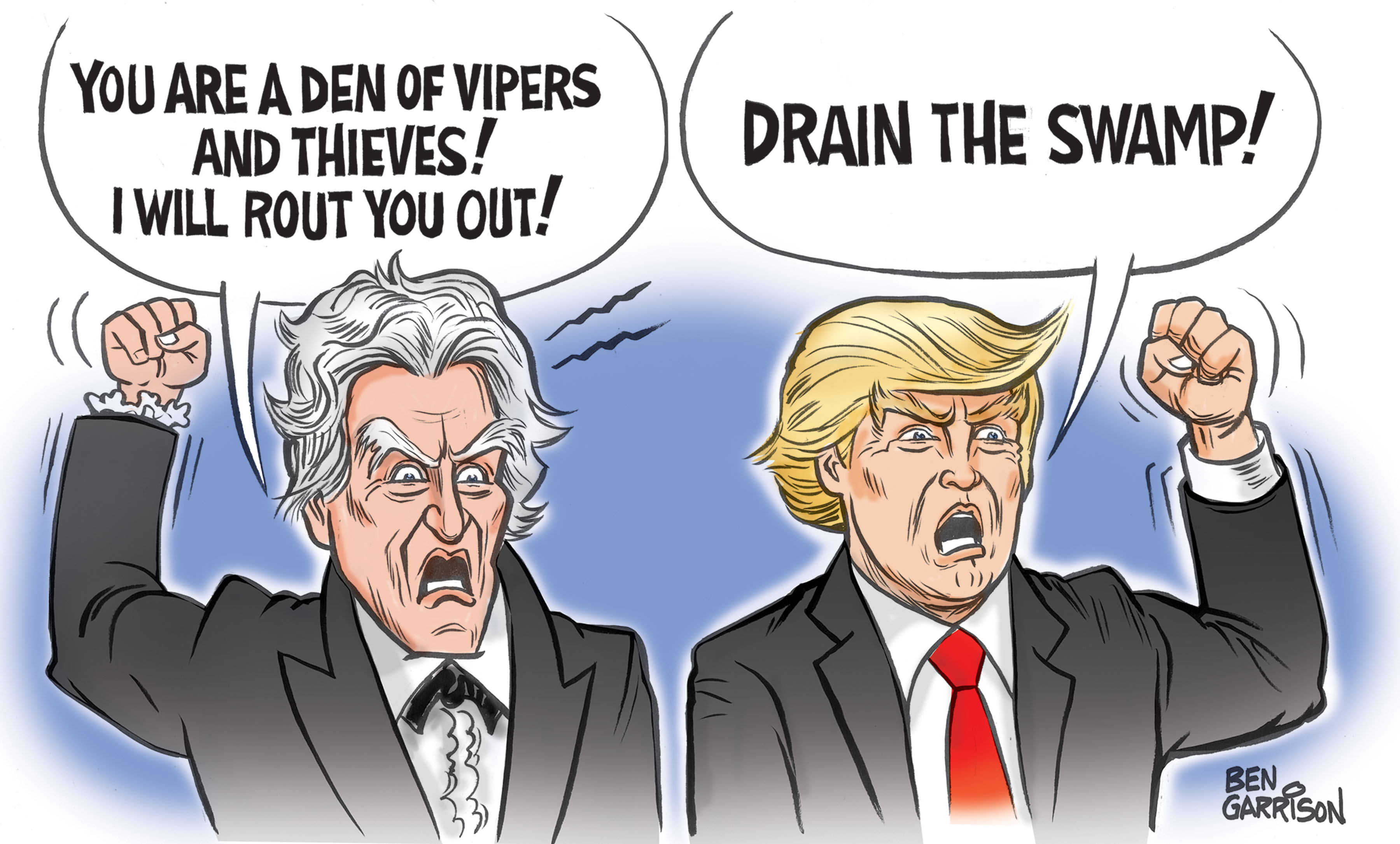 President Trump has slowly made progress on our southern border wall, and he stands against the socialists and globalists who want completely open borders—and too many of the latter even want to reward illegals by giving them endless ‘free stuff’ as incentive. Socialism and open borders will be disastrous. A wide-open southern border will also bring in a totally different culture and language and many of those illegals do not want to assimilate. They want to turn parts of America into Mexico, which is rapidly devolving into a crime-ridden narco state ruled by drug mobs. Trump remains our best hope to turn the tide on illegal immigration.

As for the Democrats, not a single candidate is strong enough to defeat Trump. They are all a joke, including the aging billionaire Bloomberg, who apparently thinks he can spend his way into office. Even with the help of the Deep State, a censorious social media, and a sycophantic and lying mass media, the Democrats have little chance of retaking the White House and their constant attempts at impeaching a lawfully-elected president has only resulted in making them appear weaker.

The scandal-ridden Barack Obama did his best to destroy America. It’s time to re-elect Trump, the only candidate who can continue to make America “strong” again.

Original Art available to Collectors Worldwide- In Demand 2020 Trump art One of a kind collectable, Reserve yours today 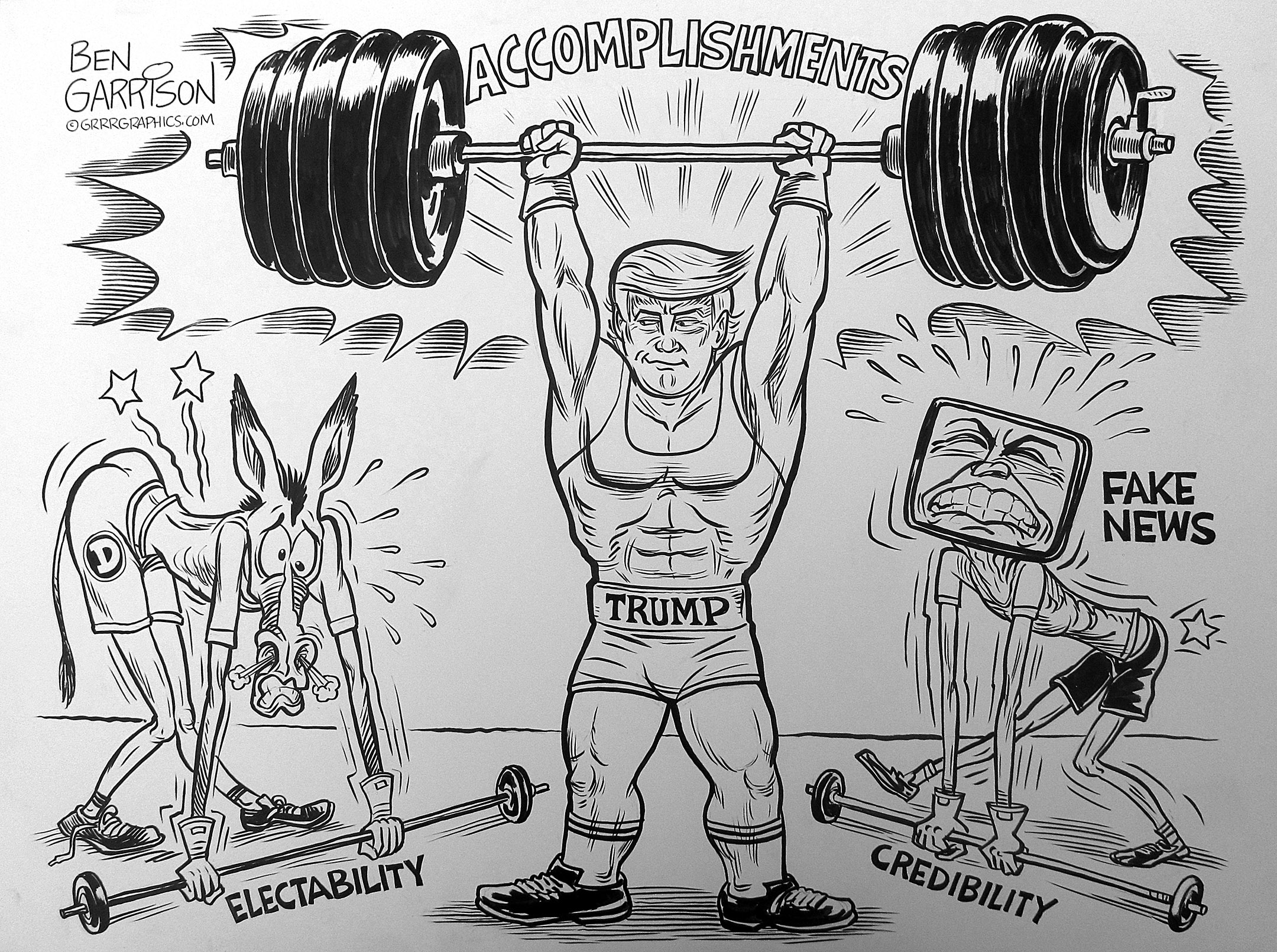 Big Books are back for Christmas- Only 11 Left in stock- That’s All Folks!

Advertised as being “the best political cartoonist” in the world, Ben Garrison presents his best cartoons over ten years, making this not only a special book, but a must-own for any patriot who is looking for a premium, highly sought-after piece of history.

These are the last remaining copies. Be sure to order YOUR Big Book of Editorial Cartoons today, so you can own a piece of a historic era of American history.

Could these be worth thousands down the road? Only time will tell….Click and Order yours today