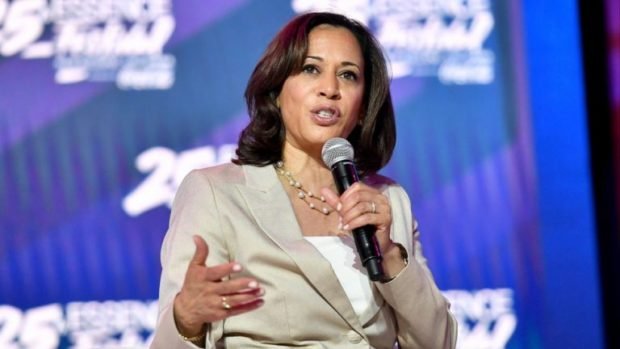 No matter how much the Democrat Party claims otherwise, their impeachment inquiry is wrong, unpatriotic and treasonous. There’s not a shred of evidence to suggest that the president broke any laws; Democrats simply want him out of office so they don’t have to face him in 2020.

They all should be shot for treason and for trying to illegally remove a legally elected President. All because he had the audacity to beat Hillary. How dare he win an honest election.

She says she is losing ground because she is a black woman. The funny part is, this is the Dem primary, not the general election, so the only people she’s accusing of racism are the Democratic primary voters! And she’s not black at all she’s half Jamaican and half Indian.

Kamala recently appeared on what is now become the libs favorite conspiracy channel MSNBC and played out left-wing talking points which are regularly employed to support impeaching President Trump. She talked about “democracy” and “checks-and-balances” against the president; she even stated that she hopes her “Republican colleagues” decide to place “country over party.”

She tells Republicans to put country over party? Her party is all politics and party over country. They are all for power over the people and socialist control. Trump is all for the people and everything he’s done is all about taking government out of our lives and giving money and jobs back to the people through lowering taxes.

After reaching highs of 14% and 15% in early-July, Harris’ numbers slowly but surely fell to single digits. Harris hasn’t risen above 7% in any national poll since mid-October, and as of publication, sits in fifth place nationally with 4.5%, according to the RealClearPolitics (RCP) average.

What’s most remarkable about Harris’ laughable appeal to the GOP is her request that the impeachment proceedings contain “integrity” and be “not motivated by politics.” That’s rich because the Democrats’ crusade to impeach this president has always lacked integrity and been driven by politics.

We’ve all read how the NY Times ran a headline that said ‘Now the impeachment can begin” only19 hours after trump was sworn in and the whistle blower’s lawyer talked about having a coup d’etat in 2017.

An article appearing in the Washington Times said that the attorney representing the Ukraine whistleblower tweeted about starting a “coup” against President Trump that would end with his impeachment almost as soon as he took the oath of office.

A few months later he posted, “It’s very scary. We will get rid of him, and this country is strong enough to survive even him and his supporters. We have to,” he posted months later.

Mark Zaid, the attorney for the whistleblower who sparked the Democrats’ partisan impeachment inquiry, celebrated a “coup” against President Donald Trump just ten days after his inauguration in 2017. He also predicted impeachment.

“Those tweets were reflective and repeated the sentiments of millions of people,” Zaid told Fox News. “I was referring to a completely lawful process of what President Trump would likely face as a result of stepping over the line, and that particularly whatever would happen would come about as a result of lawyers.”

He also defended celebrating a “coup” against the president. “The coup comment referred to those working inside the administration who were already, just a week into office, standing up to him to enforce recognized rules of law,” Zaid added.

Fox News’Sean Hannity stated on his show last Wednesday “A huge development surrounding the “whistleblower,” his complaint is just a political hit-job. If he wants anyone to take him seriously, he better get a different lawyer. Fox News has uncovered a series of tweets from the attorney… It’s now obvious that this lawyer is a Trump-hater,”

“We’re honestly supposed to believe that the whistleblower just had the best interest of the country in mind? No,” he added.

He’s no different than Kamala Harris saying for the republicans to put country before the party when they really want party before the country.

If this was a foreign country planning a coup against the president they would be executed for treason. This whole impeachment fiasco is all because they lost an election and their corrupt and power mad queen Hillary lost.

As I mentioned in my last article as Dem.Rep.Al Green said, “We can’t beat him so we have to impeach him.”

The title of Don Trump Jr’s book has it right; “Triggered, How The Left Thrives on Hate And Wants To Silence Us.” 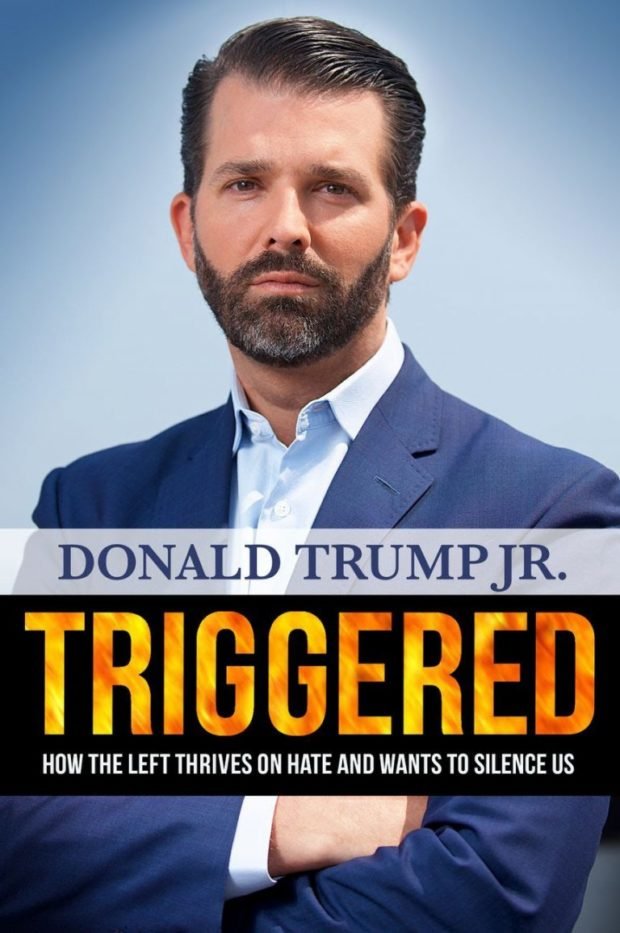 Support Conservative Daily News with a small donation via Paypal or credit card that will go towards supporting the news and commentary you've come to appreciate.
Tags
impeachment Kamala Harris