Ocasio-Cortez called for “a real conversation about decarceration [and] prison abolition in this country,” adding: “A cage is a cage is a cage. And humans don’t belong in them.”

“Prison abolition” is a radical left-wing movement to abolish prisons altogether⁠—including for violent offenders. The Democratic Socialists of America, of which Ocasio-Cortez is a part, voted in August to create “a national Police & Prison Abolition Working Group.”

“Mass incarceration is our American reality. It is a system whose logic evolved from the same lineage as Jim Crow, American apartheid, & slavery,” Ocasio-Cortez wrote on Twitter. “To end it, we have to change. That means we need to have a real conversation about decarceration & prison abolition in this country.”

“Yesterday morning I spoke with a woman who was thrown in Rikers as a teenager. Put in solitary confinement for MONTHS, aka torture. Force-fed pills. The conditions were so bad, she too had drank out of toilets,” she added. “A cage is a cage is a cage. And humans don’t belong in them.” 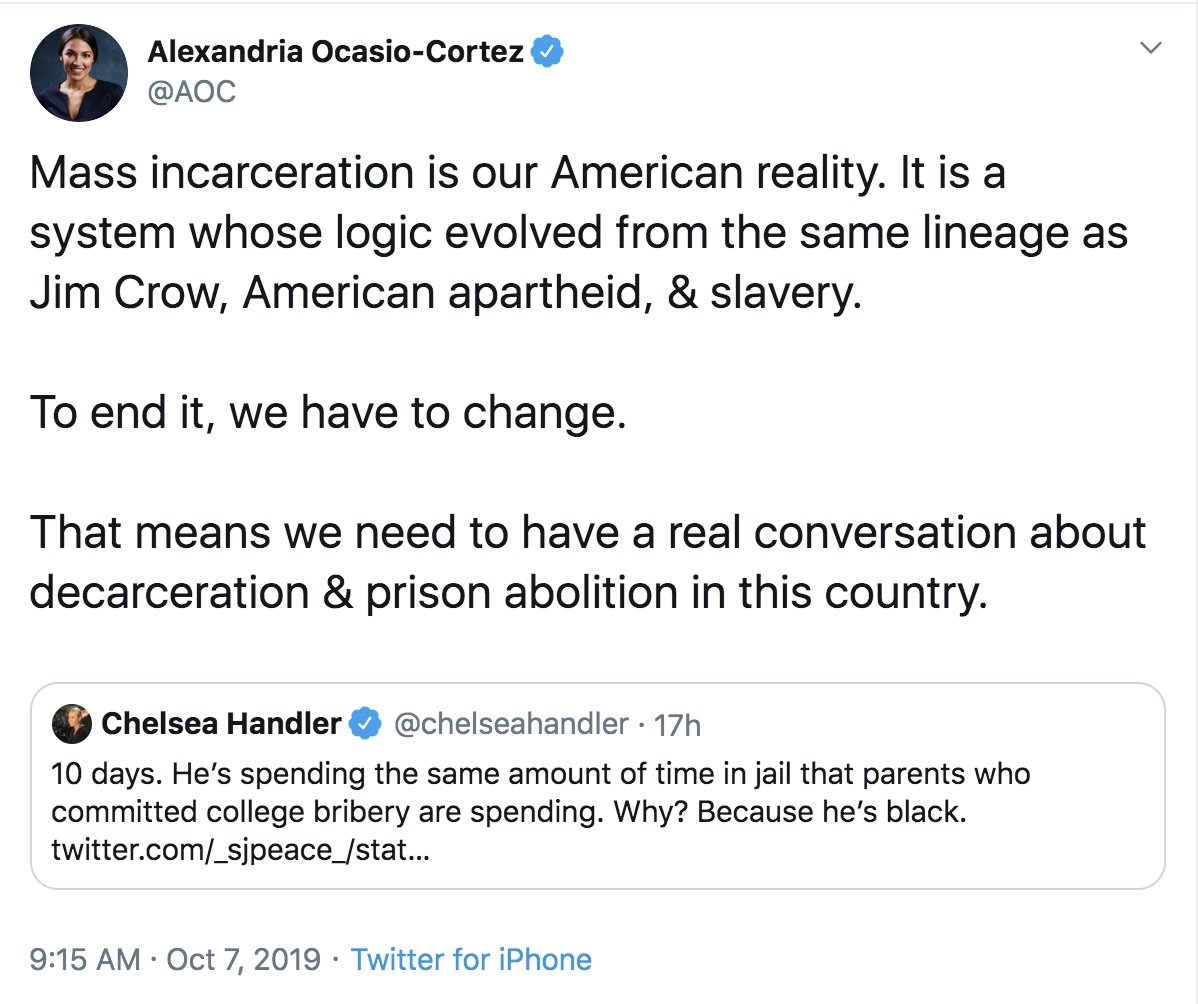 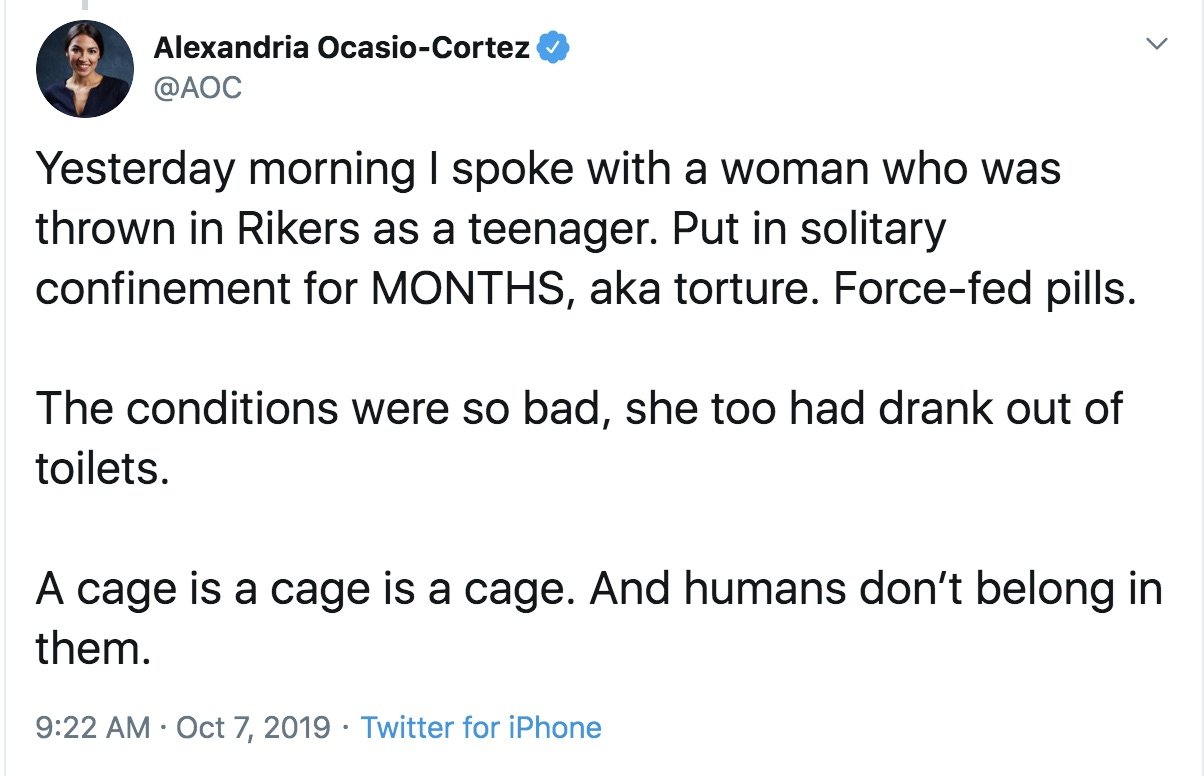 According to research by the Manhattan Institute’s Rafael A. Mangual, 60% of the inmates in state prisons⁠—which house the overwhelming majority of prisoners across the country⁠—”are serving time for murder, rape, assault, robbery, or burglary—four times the number convicted only of drug offenses.”

“We have more than enough room to close many of our prisons and explore just alternatives to incarceration,” Ocasio-Cortez wrote in a follow-up tweet. “Our lawmaking process means we come to solutions together, [and] either way we should work to an end where our prison system is dramatically smaller than it is today,” she added.