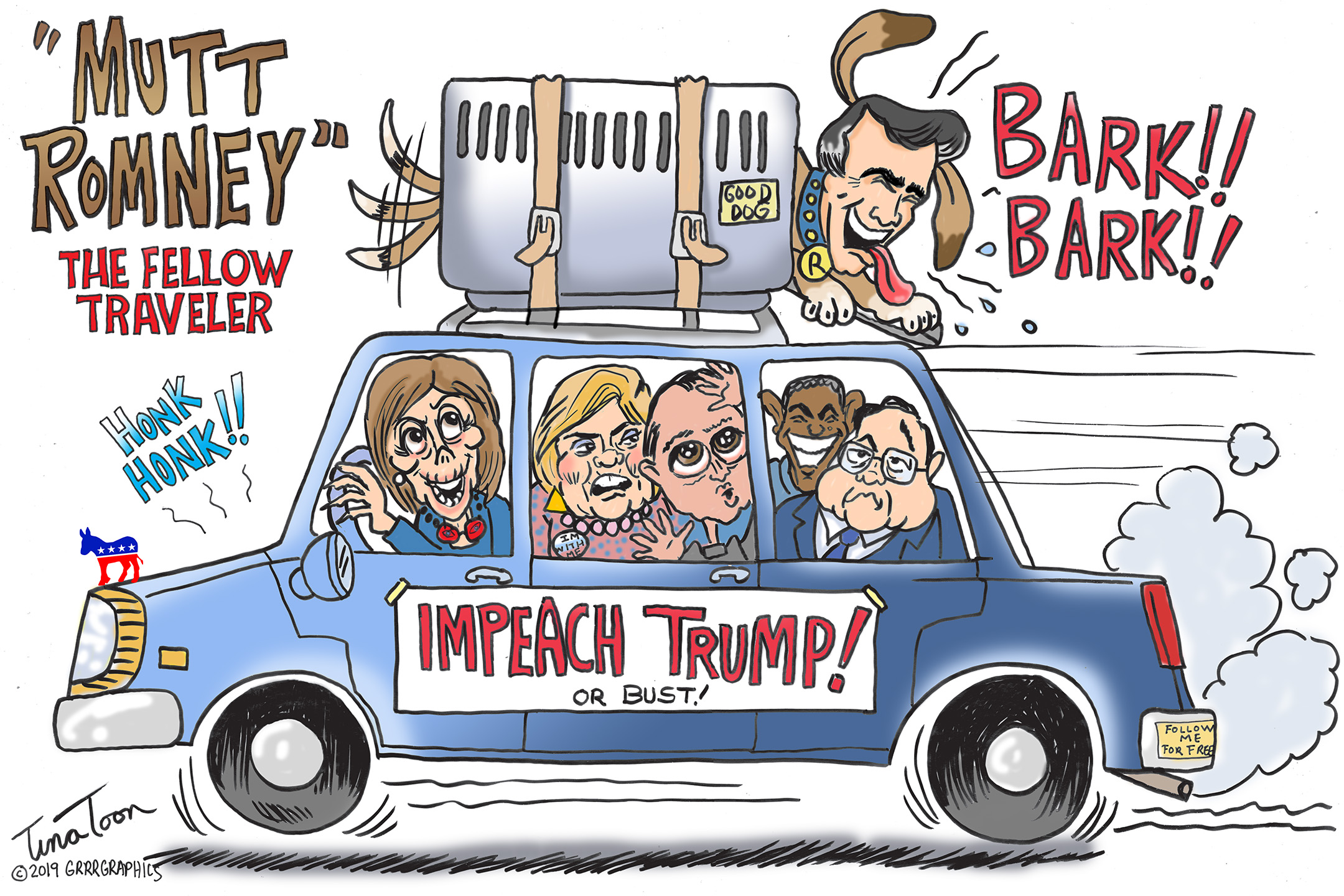 UPDATE:  And now we know why! BREAKING: Senator Mitt Romney has been calling conservative donors asking about a potential 2020 primary run against President Trump

Mitt Romney has been yapping at Trump’s heels lately, which inspired this cartoon.

The Democrats welcome RINOs like Mitt. To them he is another useful idiot to use in their battle to unseat Trump from the presidency.

Did Romney run for Senate to help the people of Utah? Or was it just a perch for him to attack Trump from?

Of course we reference the infamous “Dog in a crate” incident. The Romneys were traveling by car and decided to put the family dog in a crate on top of their car. Something that reminds us of the “Vacation” movies with Chevy Chase!

But this time Mutt is happy to be a “fellow traveler” riding along with the Democrats on the road to impeachment.

Nancy Pelosi is at the wheel, as Hillary and Adam Schiff look on. In the back seat is Obama and Nadler as they careen the car towards the impeachment cliff.

Help fund Cartoons with a cup of “coffee” donations at Kofi/GrrrGraphics! Mmm.. we love coffee

Trump Says Adam Schiff Should Be Arrested For Treason 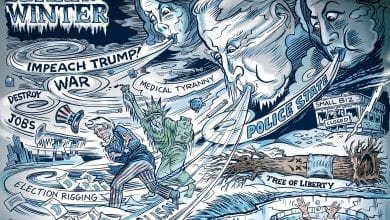 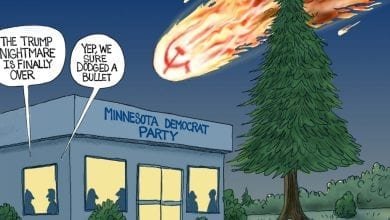