Twitter forced three accounts, including that of Mitch McConnell’s campaign, to remove video of an activist calling for violence outside of the Senate majority leader’s Louisville home on Monday, saying that the footage violates the company’s “violent threats policy.”

The social media company also temporarily locked the accounts for posting the video, which showed the activist saying that someone should “just stab” a voodoo doll of McConnell “in the heart.”

Kevin Golden, McConnell’s campaign manager, told The Daily Caller News Foundation that the campaign’s account was temporarily locked for posting a short video of the protesters. The McConnell campaign account, which uses the handle @Team_Mitch, drew attention to the video on Monday night and said it was being referred to police for investigation.

“This morning, Twitter locked our account for posting the video of real-world, violent threats made against Mitch McConnell,” Bishop told TheDCNF.

He noted that Twitter allowed the hashtag #MassacreMitch to trend over the weekend, “but locks our account for posting actual threats against us.”

“We appealed and Twitter stood by their decision, saying our account will remain locked until we delete the video.”

My account was temporarily suspended after posting a video of far-left activists chanting death threats at Senator McConnell. pic.twitter.com/d9vW0Jy5YY

Journalist Ryan Saavedra also said Wednesday that his account was locked for posting the video, and that Twitter told him the request was made for McConnell’s safety.

A Twitter spokesperson who confirmed that the accounts were locked said that the video violated the company’s policy against sharing violent threats or content that glorifies violence, regardless of context.

“The user was temporarily locked out of their account for a Tweet that violated our violent threats policy, specifically threats involving physical safety,” the spokesperson told TheDCNF.

Goldey posted video from the Facebook live feed of Chanelle Helm, a Black Lives Matter activist who joined dozens of other protesters outside of McConnell’s home.

In the video, Helm is heard talking about a shoulder injury that McConnell sustained during a fall over the weekend. Another activist mentioned that someone may be using a voodoo doll against McConnell.

“Just stab the motherfucker in the heart, please,” Helm said of the hypothetical McConnell voodoo doll.

Helm also said on the live feed that she wanted McConnell to suffer a stroke or heart attack, or break his neck.

“One of those heart attacks where they can’t breath, and they’re holding their chest and they fall backwards,” she said.

“He’s in there nursing his broken arm. He should have broken his raggedy, wrinkled-ass neck.”

While Twitter cracked down on the video, the social media site allowed the hashtags #MoscowMitch and #MassacreMoscowMitch to trend online over the past week. Democrats adopted the “Moscow Mitch” pejorative to accuse McConnell of refusing to pass legislation to protect U.S. voting systems against Russian infiltration. The #MassacreMoscowMitch hash tag started trending after the mass shootings in El Paso and Dayton that left 31 people dead.

Liberals have accused McConnell of refusing to bring gun control legislation that has already been passed in the house for a vote in the Senate.

Support Conservative Daily News with a small donation via Paypal or credit card that will go towards supporting the news and commentary you've come to appreciate.
Tags
Mitch McConnell social media bias Twitter 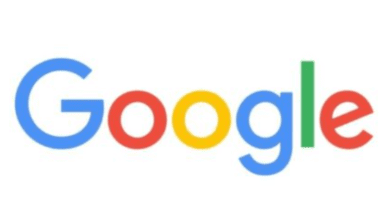