Dorsey’s account has tweeted roughly 18 tweets that appear to be suspicious, including a retweet of a person who tweeted: “James Charles got some nice booty.” There are eyeballs where the “o’s” should be. The account also wrote that “Intel is there’s a bomb at Twitter HQ.”

The tweets were erased shortly after they were published. 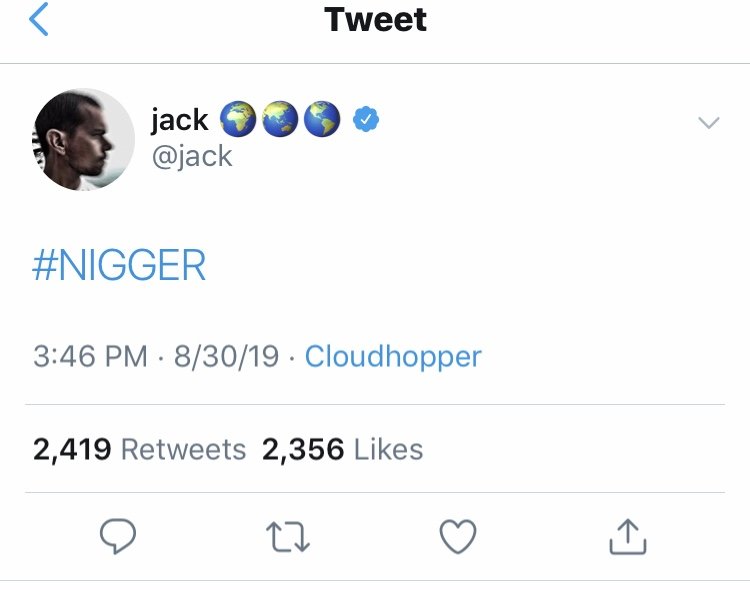 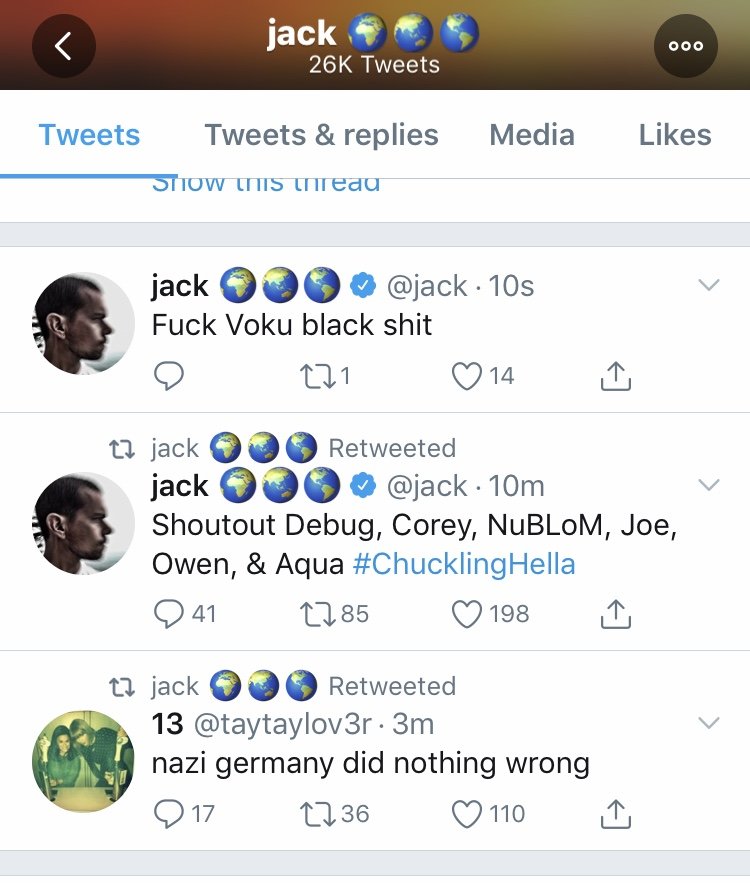 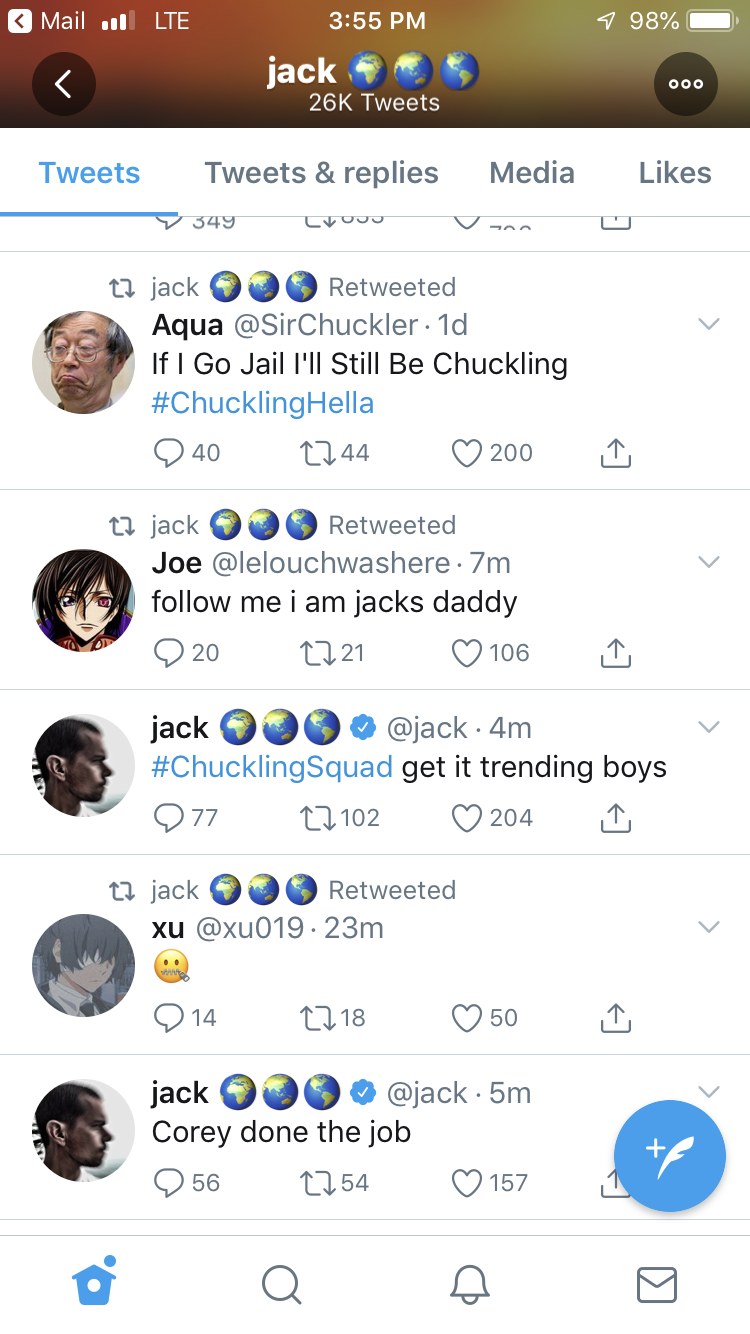 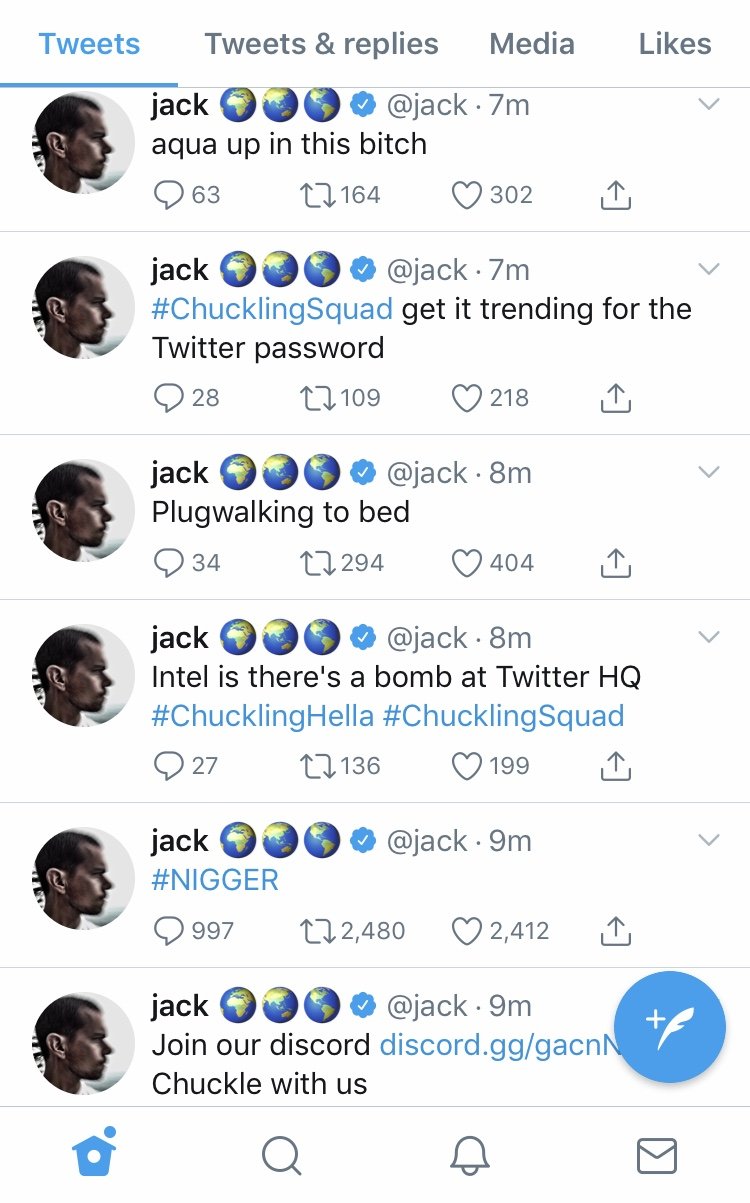 Conservatives and others have dinged Twitter in the past for supposedly being bias against conservatives. The company announced in June that it would begin labeling and down ranking politicians’ most vitriolic tweets, a move that could affect how President Donald Trump promotes his message.

The new label applies to all verified political candidates and officials with more than 100,000 followers, Twitter noted in a blog post. Users who want to view flagged content must click on a screen that says Twitter’s rules against abusive behavior apply to the tweet.

We're aware that @jack was compromised and investigating what happened.

Content created by The Daily Caller News Foundation is available without charge to any eligible news publisher that can provide a large audience. For licensing opportunities of our original content, please contact [email protected]
Support Conservative Daily News with a small donation via Paypal or credit card that will go towards supporting the news and commentary you've come to appreciate.
Tags
Twitter