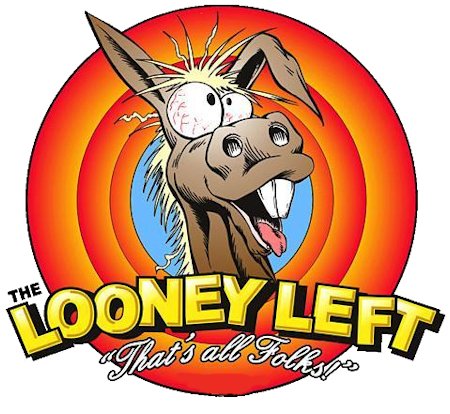 In my previous articIe I showed how these radical leftists are looking for someone to blame for these two mass shootings and they all picked Donald Trump and his rhetoric for sparking gun violence.

MSNBC’s Morning Joe Scarborough told all Trump supporters who donate to Trump with their checks that “this is on your heads.” Well, let’s look at some of the recent past rhetoric the other side used that is stronger rhetoric than what Trump said. How about Madonna saying, “I thought an awful lot about blowing up the white house” or how about Johnny Depp saying,  “It’s been quite a while since an actor assassinated a president and I think it’s about time.”

Maxine Waters told her followers to get in the faces of Trump supporters wherever you find them and tell them they’re not wanted. Consequently, Sarah Sanders, Ted Cruz and Pam Bondi were all victims of Maxine’s rhetoric and the media and republicans did not go after her.

And who can forget the famous Kathy Griffin holding up a bloodied severed head of Trump. These people all have huge followings and are just as guilty of inciting violence if not moreso than anything Trump has said.

I would like to remind these pundits that both these shooters were liberal democrats who were hate filled psychopaths. The Dayton Ohio shooter was an Elizabeth Warren supporter and wanted socialism and was as a Satan worshiper.  He also advised people to cut holes in the border fence for the illegals to get through. Do I see anyone going after Elizabeth Warren? No. They are SO QUICK to jump on the “Blame Trump” bandwagon for anything and everything, but when the facts come out (like the fact the shooter in Dayton was a Warren supporter), they are silent..

The Walmart shooter was from a liberal democrat family and was a registered democrat. He was also against Trump and planned this attack months ago.

The shooter of the Senate charity baseball game where Steve Scalise almost lost his life was a Bernie Sanders supporter and vowed to kill as many republicans as possible. Did conservatives go after Bernie Sanders and blame him for his radical rhetoric? No.

Columbine happened under Clinton. Did the media go after him and blame him? No.

Va. Tech happened under Bush. Did the media go after him for that? No.

New Town happened under Obama. Did the media go after him and blame him? No.

It’s just their hated for Trump that sparks them.

At least 20 of the mass shootings this year were in Chicago, Illinois. Just last weekend there were seven people killed in Chicago and 52 wounded, but the media remains silent since Chicago is a dem stronghold.

Meanwhile, Trump addressed the nation on the shootings. Declaring that “Now is the time to set destructive partisanship aside” and outlined a three-part response to the mass shootings left 29 dead and more than 50 injured in Texas and Ohio this weekend.

“In one voice, our nation must condemn racism, bigotry, and white supremacy,” Trump said, referencing the anti-immigration manifesto investigators believe was posted by the suspected shooter in El Paso, Texas police say killed 20 people Saturday at a Walmart shopping center. “America will rise to the challenge,” Trump said in remarks from the White House this morning. “It is not up to mentally ill monsters, it is up to us.”

Trump said he has directed the Department of Justice to work with state and local authorities, along with social media companies, to identify individuals that may be on the way to committing atrocities and stop them before they act. Trump also took aim at the “gruesome and grisly” video game culture and said, “we must stop the glorification of violence in our society.”

Finally, Trump called for reform of mental health laws, to “make sure those people not only get treatment but, when necessary, involuntary confinement,” to hospitals and treatment facilities.“Mental illness and hatred,” he said, “pulls the trigger, not the gun.”

In a pair of tweets earlier this morning, Trump said, “Republicans and Democrats must come together and get strong background checks, perhaps marrying this legislation with desperately needed immigration reform. We must have something good, if not GREAT, come out of these two tragic events!”

Trump also took a shot at the media, blasting the role of “fake news” for stoking anger in the country.“The Media has a big responsibility to life and safety in our Country. Fake News has contributed greatly to the anger and rage that has built up over many years” Trump said in a tweet. “News coverage has got to start being fair, balanced and unbiased, or these terrible problems will only get worse!”

A recent poll showed that 64%  of people say the media is to blame for this division in the country not Trump.

Democrats are still upset they lost the election and will never get over it so they throw everything they can at Trump, but nothing sticks especially with an election coming up next year.

Notice how the media were all careful to mention that it was a WHITE MALE who committed the shootings. If he had been an ILLEGAL or a MUSLIM, you can bet they would not ONLY have not mentioned it, but would have gone to considerable lengths to AVOID exposing that information because it doesn’t fit into their agenda. As mentioned above, there were shootings under Obama and Clinton, but republicans never went after them and blamed them for the shootings. In fact, among the revelations from the nonprofit Gun Violence Archive: California accounts for an eighth of all the mass shootings nationwide, despite having the most gun laws.

El Paso Mayor Dee Margo told reporters at an afternoon news conference that Trump would visit the city on Wednesday. The mayor asked that the visit amid a divisive gun control debate not be politicized.

Margo said he was already getting emails and phone calls from people who are lobbying to not meet with Trump, “That is why I am saying what I am saying now. I would appreciate if people would save their time and not necessarily have to send them.”

Margo issued this statement: “I represent the office of the mayor of El Paso, Texas. This is not a political visit, as he had before. Which I did not visit with him, but was noted from the podium as I recall and he is the president of the United States,” Mayor Dee Margo told reporters. “So in that capacity I will fulfill my obligations as mayor of El Paso to meet with the president and discuss whatever our needs are in this community and hope that if we were expressing specifics that we can get him to come through for us.

These calls to Mayor Margo are another good example of the intolerance of the left. It is the socialist left goal to limit any thought process to what they tell you it is. They are not far away from advocating the imprisonment or death of people who disagree with them. Hilter, Stalin, Mao would be proud of these people – the left’s vision for all America.

Meanwhile, the bodies of the people killed aren’t even buried yet and this lowlife Dems are fundraising off other dead bodies. Isn’t that a bit ghoulish?

Sen. Warren, a leading contender in the Democratic presidential primaries, said she’s “heartbroken” by the El Paso and Dayton shootings that left 32 people dead. She subsequently followed up by asking for donations for Sens. Doug Jones (D-AL) and Tina Smith (D-MN) to help “flip” the Senate.

Even the Democratic National Committee got in the act trying to scare gun owners and complaining about having more gun control.

There are over 200 gun control laws on the books now. They just have to be enforced.

The fundraising email reads in part:

We can’t afford to wait another day, or for another massacre to happen in our country, for lawmakers to address this. Yet the defenders of the status quo — the gun manufacturing lobby and every single politician who is paid to defend it — will tell you that horrific acts of violence like these are beyond our control.

I am telling you today that this could not be further from the truth. Every day we fail to take action, we choose this fate. Every day politicians fail to acknowledge and act on this crisis, they allow our gun violence crisis to take more lives.

And if Congress — specifically Mitch McConnell and Republicans in the United States Senate — fail to take action, then we must act to replace them. Because until we act, shootings like these threaten to take even more lives and tear apart even more communities.

Since the Ghouls in the Socialist/Liberal/Demwit Party are all for selling baby body parts, so I guess they figure why not raise money off the bodies of dead victims in the shooting at El Paso and Dayton.