The announcement of Libra cryptocurrency by Facebook is bad news for Bitcoin! Libra has a good chance of getting wider adoption, something Bitcoin has been struggling to achieve in ten years, because of its unique design. The most notable of Libra’s design is its centralized design with Facebook hands off the coin. It has also roped in top brands such as Visa and MasterCard to enhance Libra’s image and make market penetration easy.

Even as all predictions point at a great future for Libra, its announcement sparked a bullish jump in Bitcoin’s value. This could be a vindication of cryptocurrencies from the current onslaught by governments or an indication of huge growth in the coming years. Besides, Facebook’s recent data breach scandals could make users rethink using Libra. This brings about two primary questions: “Is it time to sell your Bitcoins and buy Libra?” and “What will be Libra’s effect on Bitcoin in the long-term.”

A Closer Look at Libra: How Does it Work?

Before delving into the dynamics of Libra and how its operations are going to affect Bitcoin, here is a closer look at its mechanics.

Libra is a permissioned blockchain digital currency that has been proposed by Facebook. Its release is slated for 2020. It was created with the primary goal of reaching and serving over 1.7 billion adults across the globe that are not served by the current financial institutions.

As a permissioned crypto, Libra deviates from the permissionless model used by other cryptos such as Bitcoin. Though it has a public ledger, just like other cryptos, only a selected few (validator nodes) are allowed access and edit it. This implies that Libra is more of a digital currency than a cryptocurrency.

Libra is built on the Libra Blockchain, an open-source platform that allows any person to build on it. The blockchain is stored in a single-version distributed database. Its representation takes a form of an ever-growing Merkle tree of transactions.

Unlike Bitcoin that uses proof of work (PoW) consensus protocol where nodes in its blockchain have to work very hard to solve complex puzzles for a chance to validate transactions, Libra opted for Byzantine Fault Tolerant (BFT) consensus protocol that is run by validator nodes. Users have to submit transactions requests for validation. Then, validator nodes decide the transactions to be added to the blockchain and in what order. See the diagram below: 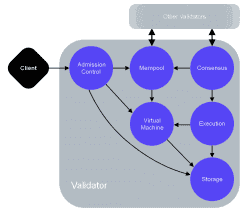 A demonstration of key components of a validator in Libra Blockchain

The architecture of Facebook Libra, especially its permissioned nature and use of validator nodes means that it is a sort of a stable hybrid digital currency (halfway between a token and a fiat currency). This means that it lacks the full decentralization aspect that makes proponents of cryptocurrencies loyal to Bitcoin. But is this enough to stand on the way of Libra to become the next big thing in the crypto world?

Bitcoin hit the market about ten years ago when Satoshi Nakamoto released its protocol. However, the exposure it has gained in the ten years has not helped to stabilize and wield a competitive advantage over others. Indeed, issues such as poor scalability and lack of privacy have emerged and made people start considering alternatives like Monero and EOS.

Libra is riding on Facebook’s years of success and partnering with other reputable global brands. When crafting Libra, Facebook studied other cryptos and realized that their weakest point was the failure to integrate with other financial providers. But this is not likely to be a problem with Libra because it has partnered with top brands such as Visa, Facebook, and PayPal.

Well, the long route of changing Bitcoin to different currencies before one can send to recipients might be cured by Libra. You send Libra coin via PayPal but the recipient receives in the preferred coin such as pounds or dollars. This could be a game changer in the industry and reduce Bitcoin’s use!

If you take a look at gold, its decentralized nature made its role as money to ultimately get trounced by paper currencies. Moving on to decentralized software (call it open-source), though it has its place, most of the top applications such as Google, Windows, QuickBooks, and Android are centralized. This is the fact that is expected to work in Libra’s favor but against Bitcoin in the long-term. The success will be bad news not just to Bitcoin, but most of the other decentralized coins.

When Bitcoin was launched, it had to use the existing channels such as social media and crypto communities to grow. This is one of the reasons why its adoption took so long. However, Libra is not likely to face the same challenge because it has multiple networks such as WhatsApp and Facebook. For example, Facebook alone has over 2.4 billion monthly users. This is a huge force that could easily catapult it ahead of Bitcoin both in the short and long-term.

The bigger threat about this population is that the bulk of it also owns Bitcoin. Therefore, Libra’s fast growth is likely to take a significant portion of Bitcoin’s market share and weaken it in the long-term.

Today, many people use Visa, PayPal, and MasterCard to make daily payments in hypermarkets, gas stations, and online stores. Though there are some stores that accept Bitcoin, its adoption is rather slow. Facebook partnered with top payment companies to increase Libra coin adoption and use. This means that you are likely to find it easy to use Libra to pay for goods and services no matter the accepted currency. For example, if you have Libra and want to pay for goods at Amazon in Pounds, MasterCard will help with direct conversions. It will be just like a common transaction!

When cryptocurrencies were discovered, people wanted to be able to send funds instantly and at lower costs. The idea of a coin that is accepted across the globe and easy to use was too good to resist. But the current cryptocurrencies have not quenched this thirst. For example, the process of sending cash to a person with PayPal if you have Bitcoins is lengthy and expensive.

Notably, a big percentage of cryptocurrency enthusiasts are not interested in the related regulations. They simply want a fast, reliable, and secure way of relaying and storing funds. Now, Libra’s commitment to fill this gap is likely to edge it ahead of Bitcoin and other cryptos in the long-term

Why Outdoing Bitcoin Will not be an Easy Task

While the architecture of Libra borrows strongly from successes of the current cryptos and improves on their failures, the truth is that unseating Bitcoin will not be a walk in the park. Here are four reasons why Bitcoin is likely to grow stronger.

The excitement that people had about cryptocurrencies especially in the first ten years is getting overtaken by logic as they keep asking crucial questions. Of great concerns are crypto thefts and decentralized nature of operations. The fact that Libra is not fully decentralized is likely to become a leverage used by pro Bitcoin enthusiasts to discredit Libra. This implies that even if Libra might have a huge force at the beginning, it might not stand in the long-term. It could follow other cryptos such as Ethereum that entered the market with a thud but faded over time.

After hitting climaxes in 2017, the prices of most cryptos suddenly took a bearish turn in the subsequent months. Bitcoin value experienced a meteoritic fall from near $20,000 in late-2017 to less than $6,000 in mid-2018. See the graph of Bitcoin price below. 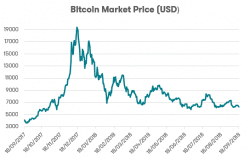 Now, the announcement of Libra cryptocurrency has excited the market. For example, the price of Bitcoin shot up above $10,000 mark. The crypto community has used Libra to vindicate cryptocurrencies that have been criticized and threatened by most administrations. Bitcoin’s price could use this vindication to reach new value levels and become even stronger.

Today, one of the most notable things about Libra is that it has become a center of debate with governments and authorities trying to talk Facebook out of the project. In the U.S., the House Financial Services Chairwoman, Maxine Waters, has already requested Facebook to pull out of the plan. In France, the French Minister, Bruno Le Maire, emphasized that Libra must not be allowed to become a sovereign currency. The entire globe might adopt the same call urging Facebook to stop.

With the Federal Reserve and the U.S. President, Donald Trump adding their voice against Libra, concerns have emerged whether it will even live to see the launch date. One of Libra backers, MasterCard, has already indicated that launch could get jeopardized if the crypto receives too many push-backs. The push-backs are likely to culminate to a prohibitive law or banning of Libra in some markets. If this happens, Bitcoin is likely to be the outright winner in the long-term.

One of the reasons why Bitcoin has survived in the last ten years of existence is its permissionless nature. Since inception, no one knows about the founder, except the fact that he/she is referred to as a Satoshi Nakamoto. This anonymity has made it difficult for governments to censure it. The only way to do it is targeting exchanges and dealers. Indeed, even this strategy has proven ineffective. However, the same will not be possible in Libra.

Because most of the backers such as PayPal and Visa are known companies, it is easy to target them with regulations. This could be the soft underbelly of Libra that could ultimately make edging out Bitcoin a tall order.

After Facebook announced its Libra crypto is in the pipelines, the market was sent into a frenzy. As a respected global giant, its Libra crypto is seen as a vindication that cryptos are after all, not bad. The architecture and operation of Libra imply that it could be a serious threat to Bitcoin. But dislodging Bitcoin is likely to be an uphill task!

Over the last ten years, Bitcoin has failed to seize the opportunity to conquer the world. Its emerging flaws such as poor scalability have left people looking for alternatives. Libra is seeking to fill this gap and outdo Bitcoin in the long-term.

Though Libra stands a better chance to relegate Bitcoin to the second position in the long-term, it is not going to be easy. Bitcoin has demonstrated unique resilience and overcame serious pressure from cryptos such as Ethereum. Well, this could be another storm that will weather down with time. It’s a wait and see!

If you have some Bitcoins, it is advisable to prepare to buy some Libra. However, do not dispose of all Bitcoins because they could also gain further value in 2020.

Only time will tell whether Libra can outdo Bitcoin in the Long-time!

Support Conservative Daily News with a small donation via Paypal or credit card that will go towards supporting the news and commentary you've come to appreciate.
Tags
Facebook Libra 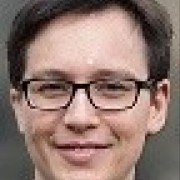