The findings indicate a significant leftward swing for Democratic voters since the beginning of the year.

The same poll released in January found only 25% of Democrats suggesting they would more likely back a 2020 candidate if they wanted to abolish ICE, and only 31% of them said they would more likely support someone who wanted to bring more immigrants into the country. The survey also found a shrinking percentage of Democratic voters likely supporting a candidate that expressed more hardline immigration policies.

“I think that the crisis at the border has done a lot to show people the fundamental brutality and inhumanity of the U.S. immigration system,” Sean McElwee, a co-founder of  Data for Progress, a liberal think tank, said to Morning Consult about the shift left on immigration.

Positions taken by many of the Democratic presidential candidates appear to reflect this change in their voter base.

“That is tantamount to declaring publicly that we have open borders,” Johnson, a Democrat, said in July about border decriminalization. “That is unworkable, unwise and does not have the support of a majority of American people or the Congress, and if we had such a policy, instead of 100,000 apprehensions a month, it will be multiples of that.”

The Morning Consult poll did find that many nonpartisan voters are still opposed to lax immigration proposals.

The poll, which was conducted from August 23-25, surveyed a total of 1,987 registered voters, and has a margin-of-error of two percentage points. 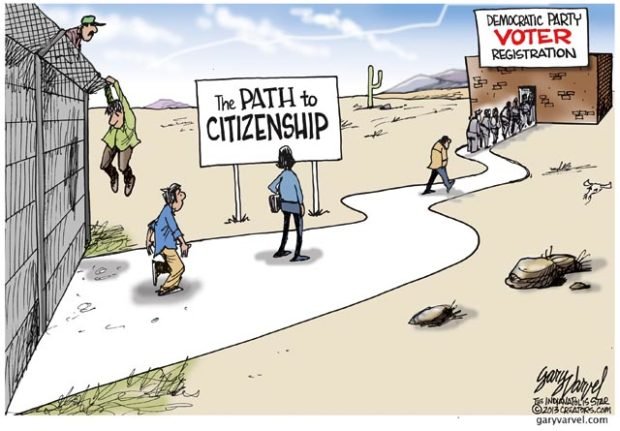