CNN added to its deep roster of former FBI and CIA officials-turned-analysts Friday with the hiring of Andrew McCabe, the former FBI deputy director fired for lack of candor during an investigation last year.

McCabe is the tenth ex-FBI, CIA or intelligence community official CNN has hired during the Trump administration, according to a Daily Caller News Foundation analysis. MSNBC has followed closely behind, having hired five former officials, including former CIA Director John Brennan.

CNN was widely mocked on Friday after announcing the McCabe hiring, largely because the network has criticized its competitors for hiring former Trump administration officials. But the personnel move is also part of a larger trend that has come under scrutiny from some media observers.

Jack Shafer, a media critic who writes for Politico, noted the potential pitfalls of networks like CNN and MSNBC having a stable of ex-spies and G-men as paid, on-air contributors.

“But the downside of outsourcing national security coverage to the TV spies is obvious,” Shafer wrote in a Feb. 5, 2018 article at Politico. “They aren’t in the business of breaking news or uncovering secrets. Their first loyalty — and this is no slam — is to the agency from which they hail.”

Glenn Greenwald, an editor at The Intercept who covers national security issues, echoed that sentiment during a Fox News interview in March.

“And not only did MSNBC and CNN use those people as their sources, they hired them as their news analyst. So if you turn on CNN or MSNBC, it was basically state TV. It was CIA TV,” he told Tucker Carlson March 26.

Greenwald and others have noted the lopsided analysis offered up by the former officials, especially on the topic of the Trump-Russia probe.

Most have hewed to their networks’ general viewpoint that Trump or his associates conspired with Russia. Others, like McCabe, Brennan, and former national intelligence director James Clapper, have all defended the investigation of the Trump campaign. They’ve maintained their defense even in the wake of the special counsel’s report, which debunked the theory that the Trump campaign conspired with Russia.

Here is a rundown of CNN and MSNBC’s most prominent analysts.

James Clapper, director of national intelligence under President Obama. As the nation’s top intelligence official, Clapper was intimately involved in the investigation of possible ties between the Trump campaign and Russian government. He set up a now-infamous Jan. 6, 2017 meeting with top intelligence officials and then-President-Elect Donald Trump. During that briefing, then-FBI Director James Comey told Trump about the existence of the Steele dossier.

Four days later, CNN reported that the briefing occurred. Hours after that, BuzzFeed News published the Steele dossier in full.

Republicans have accused Clapper of leaking information to CNN for its report, though he has denied it.

McCabe was fired from the FBI on March 16, 2018 upon the recommendation of the bureau’s Office of Professional Responsibility. An investigation determined that McCabe lacked candor under oath regarding his authorization of a leak to the media in October 2016 regarding the FBI’s investigation of the Clinton Foundation.

McCabe sued the Justice Department and FBI Aug. 8, claiming that he was fired due to pressure from Trump.

James Baker, former FBI general counsel. Baker, a CNN legal analyst, left the FBI in May 2018 under a cloud of suspicion. In a congressional interview on Oct. 18, Baker’s lawyer revealed he was under criminal investigation for an unauthorized leak to the media.

Baker had contact prior to the 2016 election with Mother Jones reporter David Corn, his longtime friend. Corn passed Baker parts of the Steele dossier in hopes of confirming the FBI was investigating claims from the salacious documents. Baker also told Congress he met in September 2016 with Michael Sussmann, a lawyer for the DNC. Baker said that Sussmann provided him with documents alleging there were covert communications between a Russian bank and the Trump Organization.

The Daily Caller News Foundation reported on Feb. 8, 2018 that the FBI circulated a flyer in honor of Campbell’s gig, saying that he was embarking on a “new endeavor defending the bureau.” Like McCabe and Baker, Campbell often appears on CNN to defend the FBI’s investigation of Trump.

Phil Mudd, former FBI and CIA official. Mudd, who is known for his fiery presentations on CNN, has largely been a critic of President Trump. But he has also pushed back on some of the underlying aspects of the Trump-Russia probe.

He predicted June 4 that an inspector general’s investigation into the Steele dossier will “not end up well” for Christopher Steele, the former British spy who wrote the salacious document.

Susan Hennessy, former attorney for the National Security Agency. Hennessy has also been a leading proponent of the now-debunked theory that the Trump campaign conspired with Russia.

Samantha Vinograd, former adviser to the Obama administration’s National Security Council. On March 2, Vinograd said on CNN that a speech Trump made reminded her of Adolf Hitler. She also said that Trump’s speech included items on “Putin’s to-do list.”

John Brennan, former CIA director. Brennan appeared frequently on the network during the Russia probe, and has been a fierce critic of Trump. In the weeks before the special counsel’s report was released, Brennan inaccurately predicted that members of Trump’s family would be indicted in the investigation.

Frank Figliuzzi, former FBI assistant director for counterintelligence. On Aug. 6, Figliuzzi floated a theory on air that Trump’s decision to lower flags in honor of mass shooting victims earlier this month was somehow tied to white supremacy. Figliuzzi noted that Trump’s order to lower the flags would expire on Aug. 8. Using numerology, Figliuzzi argued that the date, 8/8, is significant for white supremacists because it translates into “Heil Hitler.”

Chuck Rosenberg, former chief of staff to James Comey and administrator of the Drug Enforcement Administration. Like most of his colleagues, Rosenberg’s analysis has typically perpetuated the theory that Trump & Co. conspired with Russia. Rosenberg also argued in a report published at Lawfare on Dec. 14 that the Steele dossier “holds up well over time, and none of it, to our knowledge, has been disproven.”

That assessment has not held up well in the months since Rosenberg published the piece. The special counsel’s probe undercut the dossier’s core claim that the Trump campaign took part in a “well-developed conspiracy of co-operation” with the Russian government. The investigation also undercut the dossier’s most specific claim of collusion: that former Trump lawyer Michael Cohen visited Prague in August 2016 to meet with Russian intelligence officials. 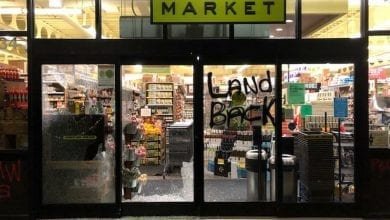