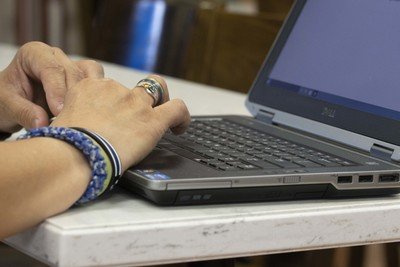 Nowadays, you have to be cautious of everything you do online. Scammers are always trying to get money, goods or services out of unsuspecting people — and military members are often targets.

Here are some scams that have recently been affecting service members, Defense Department employees and their families.

In April, Army Criminal Investigation Command put out a warning about romance scams in which online predators go on dating sites claiming to be deployed active-duty soldiers. It’s a problem that’s affecting all branches of service — not just the Army.

CID said there have been hundreds of claims each month from people who said they’ve been scammed on legitimate dating apps and social media sites. According to the alleged victims, the scammers have asked for money for fake service-related needs such as transportation, communications fees, processing and medical fees — even marriage. CID said many of the victims have lost tens of thousands of dollars and likely won’t get that money back.

Remember: Service members and government employees DO NOT PAY to go on leave, have their personal effects sent home or fly back to the U.S. from an overseas assignment. Scammers will sometimes provide false paperwork to make their case, but real service members make their own requests for time off. Also, any official military or government emails will end in .mil or .gov — not .com — so be suspicious if you get a message claiming to be from the military or government that doesn’t have one of those addresses.

If you’re worried about being scammed, know what red flags to look for. If you think you’ve been a victim, contact the FBI Internet Crime Complaint Center and the Federal Trade Commission.

DOD officials said task forces are working to deal with the growing problem, but the scammers are often from African nations and are using cyber cafes with untraceable email addresses, then routing their accounts across the world to make them incredibly difficult to trace. So be vigilant!

Sexual extortion — known as “sextortion” — is when a service member is seduced into sexual activities online that are unknowingly recorded and used against them for money or goods. Often, if a victim caves on a demand, the scammer will just likely demand more.

Service members are attractive targets for these scammers for a few reasons:

To avoid falling victim to sextortion, don’t post or exchange compromising photos or videos with ANYONE online, and make sure your social media privacy settings limit the information outsiders can see — this includes advertising your affiliation with the military or government. Be careful when you’re communicating with anyone you don’t personally know online, and trust your instincts. If people seem suspicious, stop communicating with them.

DOD officials said sextortion often goes unreported because many victims are embarrassed they fell for it. But it happens worldwide and across all ranks and services. Here’s what you should do about it if it happens to you:

Scammers love to impersonate people of authority, and that includes service members.

These people often steal the identity or profile images of a service member and use them to ask for money or make claims that involve the sale of vehicles, house rentals or other big-ticket items. These scammers often send the victim bogus information about the advertised product and ask for a wire transfer through a third party to finish the purchase, but there’s no product at the end of the transaction.

Lately, fake profiles of high-ranking American military officials have been popping up on social media websites using photos and biographical information obtained from the internet. As an example, there has been an increase in impersonator accounts on Twitter for Marine Corps Gen. Joe Dunford, the chairman of the Joint Chiefs of Staff. However, the only official accounts for Joint Staff leadership are @thejointstaff and @SEAC_Troxell — Dunford does not have his own account.

Scammers are making these profiles to defraud potential victims. They claim to be high-ranking or well-placed government/military officials or the surviving spouse of former government leaders, then they promise big profits in exchange for help in moving large sums of money, oil or some other commodity. They offer to transfer significant amounts of money into the victim’s bank account in exchange for a small fee. Scammers that receive payment are never heard from again.

Here are some ways to lower the chances of you being impersonated or duped by a scammer:

Support Conservative Daily News with a small donation via Paypal or credit card that will go towards supporting the news and commentary you've come to appreciate.
Katie LangeJuly 31, 2019
Facebook Twitter Reddit Telegram Share via Email Print