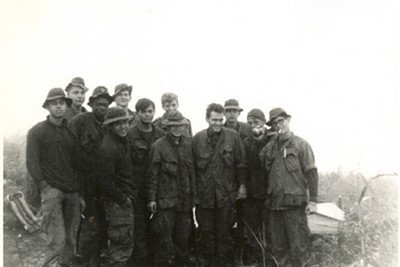 A lot of U.S. service members may not have been born in America, but they’re just as willing to die for our ideals. Army Spc. Leslie Sabo Jr. is a shining example of those who were willing to fight for their adopted country. His efforts to save his fellow soldiers during the Vietnam War earned him the Medal of Honor decades after his death.

Sabo was born in Kufstein, Austria, on Feb. 23, 1948, only a few years after World War II ended. His family fled to the United States when he was 2 to escape the Soviet takeover of Eastern Europe. They moved to Ellwood City in western Pennsylvania, where Sabo grew up.

Sabo was known to many as being kindhearted, hardworking and dependable. He was working at a steel mill when he was drafted into the Army in 1969. After a few months of training, the 22-year-old was sent to Vietnam on Nov. 14, 1969, as part of the 506th Infantry in the famed 101st Airborne Division.

On May 5, 1970, Sabo was sent into Cambodia as part of a secret reconnaissance mission aimed at preventing the North Vietnamese from staging attacks in Vietnam.

Just five days later, on May 10, his platoon was ambushed. Sabo didn’t hesitate to immediately rush one enemy position, killing several enemy soldiers. He then assaulted another line of fighters coming at them from the side, drawing their fire away from his own teammates and forcing the enemy soldiers to retreat.

Sabo saw a wounded soldier about 10 yards away, so he ran across an open field to get to him, and a grenade landed nearby. Sabo picked it up and threw it, shielding the injured soldier from the brunt of the blast with his own body. He was wounded by shrapnel, but he didn’t give up.

Sabo collected extra ammo from that position and then charged an enemy bunker that had been heavily injuring his platoon. He got hit several times by gunfire during that charge and was mortally wounded, but he kept going, crawling toward the bunker and finally throwing a hand grenade into it.

The subsequent explosion silenced all the enemy gunfire, but Sabo’s actions also cost him his life.

Sabo was one of eight U.S. forces killed that day, but there would have been a lot more if it weren’t for his courageous and selfless actions.

Sabo was posthumously promoted to sergeant, but unfortunately, his family was not fully aware of how he died for many years. According to the Pennsylvania Military Museum, it was reported that he had been killed by a sniper while guarding an ammunition cache in Vietnam. That’s likely because the mission in Cambodia was classified until the late 1990s.

Government records showed that Sabo was recommended for the Medal of Honor by his company commander, Capt. Jim Waybright, shortly after the mission in which he died. But the account of his actions got lost for several decades.

Finally, in 1999, the paperwork was discovered by Alton Mabb, another 101st Airborne Division Vietnam veteran who had been doing research at the National Archives in College Park, Maryland.

The push to get Sabo’s Medal of Honor began again. It took until 2010 before the Defense Department announced it would officially recommend the award.

In May 2012 — 42 years after his death — Sabo was finally recognized for his efforts. During a ceremony at the White House, Sabo’s widow, Rose Mary Buccelli — whom he married just a month before he left for Vietnam — accepted the Medal of Honor from President Barack Obama on his behalf.

More honors rolled in after that. The Ellwood City Post Office was renamed in Sabo’s honor in 2015, and a memorial and bridge in the town were also dedicated to him. That same year, Fort Campbell renamed its Freedom Fighter gym the Sabo Physical Fitness Center. A plaque dedicated to him hangs there in his honor.