Democratic Rep. Frederica Wilson of Florida said Tuesday that the border patrol agents who made fun of members of Congress in a private Facebook group should be prosecuted. 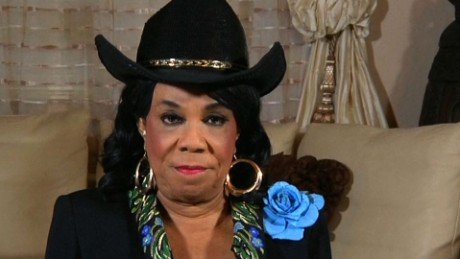 “Those people who are online making fun of members of Congress are a disgrace,” Wilson said during a press conference after touring an immigrant detention center in Homestead, Florida. “We’re going to shut them down and work with whoever it is to shut them down and they should be prosecuted.”

ProPublica revealed Monday that over 9,000 former and current Border Patrol agents are part of a secret Facebook group where inflammatory pictures and comments are regularly posted.

One member of the group suggested starting a crowdfunding effort to raise money for an agent to throw a “burrito at one of these bitches,” in response to a post detailing New York Rep. Alexandria Ocasio-Cortez’s visit to a migrant detention center in Clint, Texas.

The most explicit post in the private group, according to ProPublica, was a doctored image of Ocasio-Cortez being forced to engage in oral sex with President Donald Trump.

Wilson also lamented that Trump has “taken this country to its knees,” noting how people have lost respect for Congress, the media and the White House.

Customs and Border Protection has launched an investigation into the private Facebook group, ProPublica reported Tuesday.