In Your Wildest Memes

The Left can’t meme, while the Right has an impressive roll call of Meme Warriors. 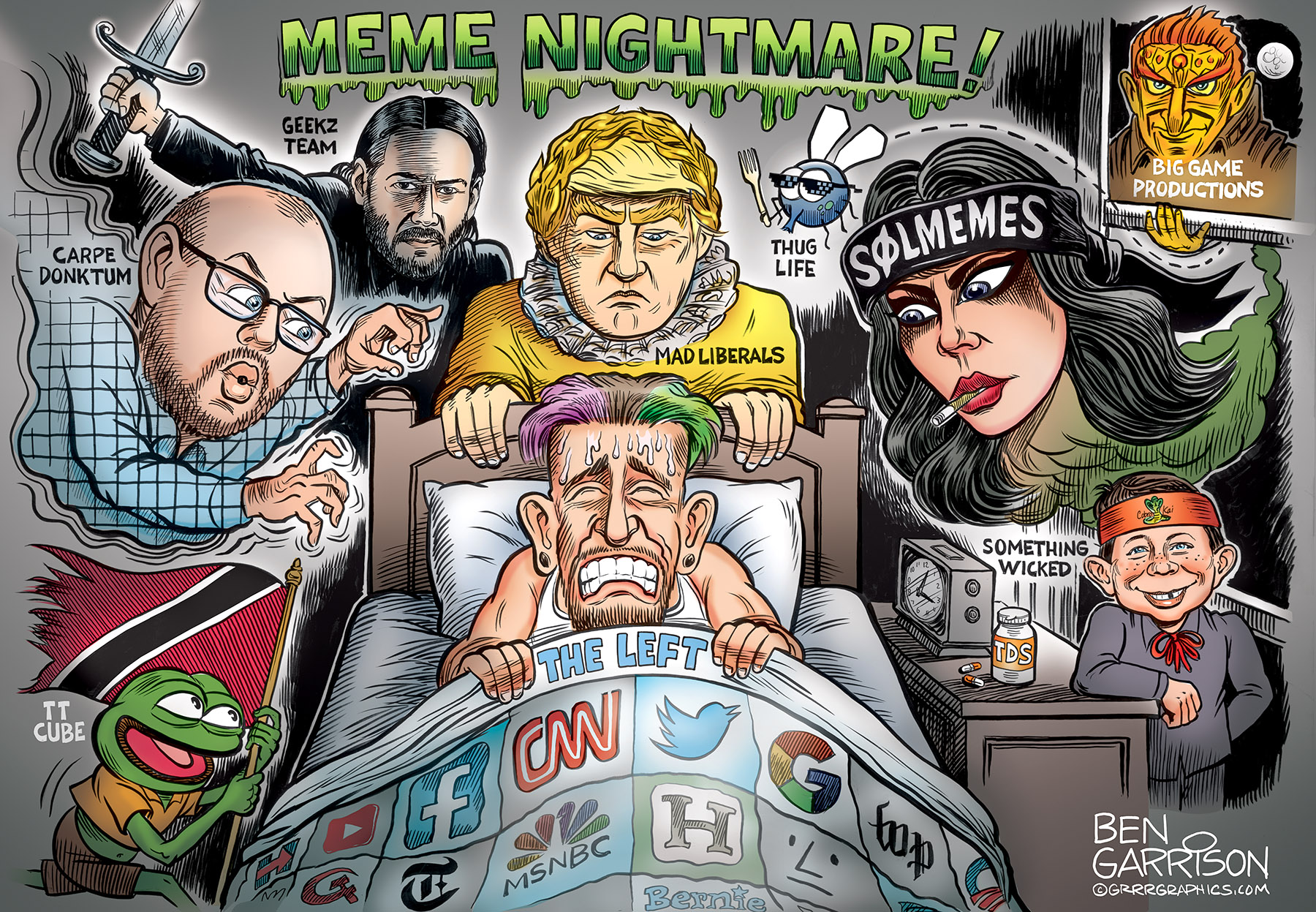 When it comes to funny, high impact memes that launch weaponized truth directly at the Left’s delusional fantasies, the Right wins every time!

The Meme Warriors include:

Carpe Donktum, his memes have been retweeted by President Trump twice.  @carpedonktum

The Geekz Team, his amazing action memes are incredible.  @thegeekzteam

Mad Liberals, A perfect combination of memes that make liberals cry salty tears with a dash of Monty Python. @mad_liberals

Solmemes, A regular meme workhorse pumping out high-quality memes that give the left bad dreams. @Solmemes1

Thug Life,  The warrior behind the scenes that enhances memes for everyone and produces those memes where people end up with glasses and a joint. @ThugLifenewShit

Something Wicked, he has an arsenal of video game memes. @som3thingwicked

TT Cube,  The meme warrior’s tech guy, if anyone has any questions, he is the man to ask. @tt_cube

Threats in the Middle East