Posted by: Peter Hasson in 2020 Election News, In The News, US News June 24, 2019 Comments Off on Meet The Retired General Who Fought The Taliban On Horseback Now Running For Senate

The general was motivated to run by what he described as a crisis of leadership in national politics, he told the Daily Caller News Foundation in a phone interview.

“We are facing a leadership crisis. Our politicians are working for themselves, and if we don’t make a change in New Hampshire, nothing’s going to change in Washington, D.C.,” Bolduc said. He said his goal is to bring “servant leadership, personal responsibility and a dedication to our core values” to the Senate.

The general’s announcement video highlighted his time as one of the legendary “horse soldiers” — U.S. special operations forces who invaded Afghanistan on horseback in a top-secret mission following the Sept. 11 terrorist attacks.

I’ve always put people over politics and service over self. Check out my story ⬇️⬇️ pic.twitter.com/3j83Vgli3k

Republicans view the New Hampshire race as one of their best chances at flipping a Democratic Senate seat next year. President Donald Trump lost the state by less than half a percentage point in the 2016 election, while Shaheen won her 2014 re-election campaign by three points.

“I want the voters to know that I am a servant leader and that I put the interests of others ahead of my own, and that I am going to work for them in Washington, D.C. This isn’t about me,” Bolduc said.

“The other thing they need to know, and they to know this up front: I am going into this with a pure accountability focus, in that I am accountable to them for everything and that I will be transparent and that most importantly, I will be successful,” he added. “I know who I work for — I work for the people of New Hampshire. Period.” 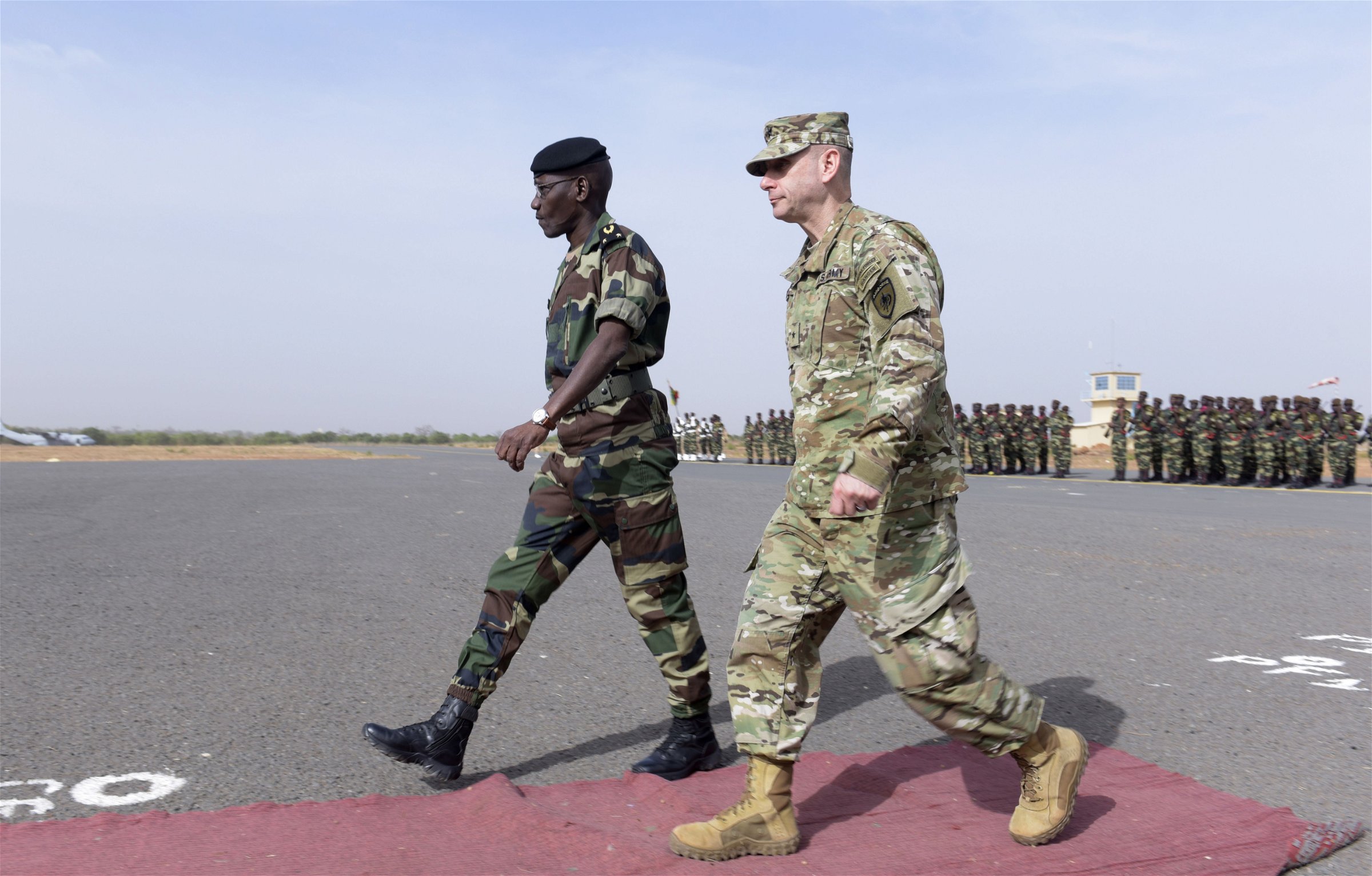 Senegal’s Army General Amadou Kane (left) walks with US Army General Donald Bolduc (right) during the inauguration of a military base in Thies, 70 km from Dakar, on February 8, 2016 (SEYLLOU/AFP/Getty Images)

Bolduc has been a vocal advocate for service members with post-traumatic stress disorder (PTSD), citing his own past battles with the disease.

“I think that we are not addressing post traumatic stress, traumatic brain injuries, pain management, sleep disorders, and the neurotoxicity of some of the medications that we [Veterans] are required to take. So I think the first thing is that we need to change our programs so that they’re dealing with the root causes of the disease and I believe that will drive down seriously: homelessness, unemployment, drug addiction, alcohol addiction, as well as bring down the suicide rate,” he told the DCNF.

“Our approach is wrong, and they need a leader in the Senate that understands what our veterans need. So, I want folks to know that we have a lot of work to do and that there’s a huge bureaucracy out there that needs to be dismantled and changed, and the resources and solutions need to be pushed down to our communities, where the solutions lie,” he added.

“So there’s a lot of work to do, and there’s a lot of suffering that’s going on out there, across our veteran generations, so this is what needs to be done. Our approach is wrong, and this is how we’re going to help veterans, and we need to put somebody in there that understands this and can drive that change through effective leadership,” he said.

When asked whether he plans to align his campaign with the president’s, Bolduc said his focus will be on serving New Hampshire.

“Here’s the way I’m approaching that — and I do appreciate the question — but it’s not the question we should be asking, in my opinion. The right question is: how are we going to support the president so that he’s successful? Because if he’s successful, America is successful. I will represent the interests of New Hampshire and that will be my focus and I think that is the proper way to look at how we can make America successful,” the general said.

Tagged with: Don Bolduc the 2020 Election