Former Vice President Joe Biden said that former President Barack Obama did a great job in deporting ‘3 million’ illegal immigrants and that those without documents shouldn’t be the focus of deportation during Thursday’s Democratic debate.

Biden announced that Obama ‘did a heckuva job’ during his presidency on deporting illegal immigrants, alleging that this was a contrast to current President Donald Trump’s results regarding deportation.

A moderator then asked Biden if he thinks that people without documents should be deported.

Biden said that they should only be deported if “they committed a major crime.” If a person’s only fault is that he or she is in America without documents, they shouldn’t be the focus.

“President Obama I think did a heckuva job,” Biden said. “To compare him to what this guy’s doing [Trump] is absolutely…immoral. We should not be locking people up…Those who come seeking asylum, we should immediately have the capacity to absorb them, keep them safe until they can be heard.”

“That person [without documents] should not be the focus of deportation,” Biden continued Thursday.

Illegal immigration has been a hot topic throughout the Democratic debate’s. Many Democrats have said that Trump is not doing the right things when dealing with illegal immigrants, and have come up with various plans on how to deal with immigrants if each were to become president.

Biden, in particular, has been vocal against Trump’s policies regarding undocumented immigrants, calling them “a wrecking ball to our hemispheric ties.”

There’s No Denying the Socialist Roots of Fascism 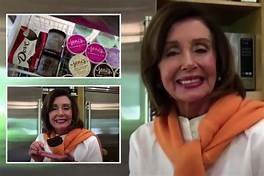 A Broken Clock is Right Twice a Day