Since 2017, the U.S. government has been granting tourist visas to elderly Mexicans to visit their undocumented children currently residing in the United States, according to the Washington Post. 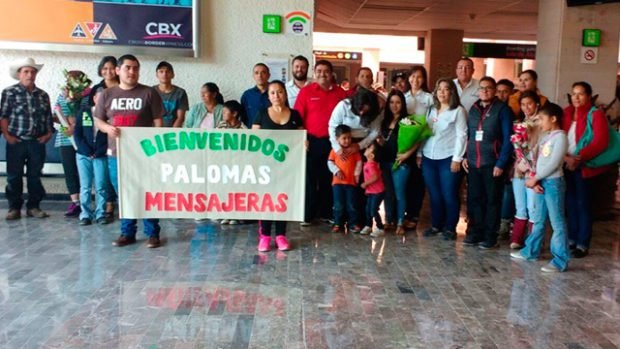 The program, dubbed “Palomas Mensajeras Michoacan,” isn’t officially endorsed by the U.S. government, according to a statement given to WaPo. However, it has officials in Michoacan, Mexico, working with the U.S. State Department to reunite families with three-week-long visits to their families across the United States, WaPo reported.

Some of the organizers of this program, such as Jose Luis Gutierrez, the secretary of migration in Michoacan, told WaPo that they have even met with the State Department before the program began in 2017 to talk about why the initiative is important.

This is a contrast to the Trump administration’s crackdown on illegal immigration, with some of the people in the groups worrying it is a trick to catch their undocumented family members in the U.S.

Romero Leon, who was granted a visa and used the program earlier in May to visit her three undocumented children and three grandchildren, two of whom are U.S. citizens, had this concern, WaPo reported. Twenty-one other elderly residents joined her on a flight to Chicago to visit their respective family members.

“That’s what I’m worried about,” she said, according to WaPo. “Are they going to use this to arrest them?”

President Donald Trump in particular has been hard on illegal immigration, proposing a border wall and implementing other measures to reduce the amount of illegal immigrants in the U.S.

….Mexico must apprehend all illegals and not let them make the long march up to the United States, or we will have no other choice than to Close the Border and/or institute Tariffs. Our Country is FULL!

Officials began having interview days at the U.S. embassy in Mexico City in 2018 for groups of elderly applicants, a State Department spokesperson told The Daily Caller News Foundation.

“These Mexican senior citizens frequently travel in groups to the United States for a variety of reasons including tourism, cultural programs, and to visit friends and family such as U.S. citizen grandchildren,” the statement to TheDCNF said.

The department has also begun to give 10-year, multiple-entry visas to Michoacanos who are 60 years and older that haven’t been in the U.S. illegally. No one from the program has overstayed their visa, with over 5,000 visitors having been sent to the U.S. over the past 30 months, according to Gutierrez, WaPo reported.

Those who partake in the program are called “Palomas Mensajeras” (Messenger Pigeons), and the group is always made up of parents and grandparents living in Mexico who haven’t seen their children, currently living undocumented in the U.S., for many years, according to organizers.

There are other places in Mexico that have started similar programs, such as “Heart of Silver” in Zacatecas and “Roots of Puebla” in Puebla, Mexico. Organizers tell those living in the U.S. not to meet their family at the airport, because they could get in trouble if they are asked for identification.

Because of this, those visiting from Mexico put down the names of family members who are legally residing in the U.S. when asked who they are visiting, WaPo reported.

Many of these undocumented immigrants left family members behind in Mexico and haven’t been able to see them because they lack the papers necessary to travel safely between the U.S. and Mexico.

A State Department spokesperson told TheDCNF that “the U.S. Embassy in Mexico City does not endorse any specific migrant club or organization that assists elderly applicants through the visa application process” but did not comment on whether they have direct knowledge of groups like Palomas Mensajeras Michoacan.

0
Previous: Border Patrol Creating A New Position To Stymie The Immigration Crisis
Next: Running Scared: Christopher Steele Will Not Cooperate With US Attorney’s Investigation