Posted by: Jim Garamone in Military and Defense, Syndicated Posts, US News May 15, 2019 Comments Off on Military Global Integration Is About Change, Joint Staff Official Says 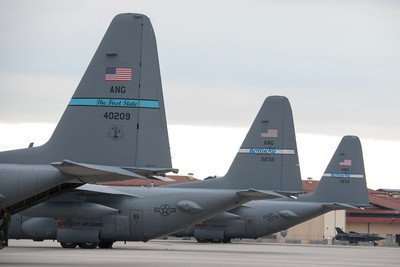 Military global integration is about change and remaining ahead of possible adversaries, the Joint Staff’s director of strategy, plans and policy said.

The chairman of the Joint Chiefs of Staff is the global integrator and in charge of this process as he advises the president, the defense secretary and the rest of the National Security Council on military aspects.

“We have to up our game in speed of recognition, speed of decision and speed of action, because it is coming at us that fast,” Air Force Lt. Gen. David W. Allvin said.

Global integration is necessary to keep abreast of the current threat environment, Allvin said, and the first is the changing character of war.

“[War] really is transregional,” he said. “It is integral, foundational and absolutely critical to have those domains integrated into our way of war and our way of thinking about how we are preparing the joint force,” he said.

The Air Force has a large, but limited budget within which it has to find ways to answer all types of threats from different enemies.

“The defense budget is high, but it is not unlimited, and it does not cover funding to counter everything under the sun,” the General said. “The threats we face across the globe, we are never going to have the funds needed to address each one individually.

“We have to find ways to address all [of the threats] with the budget that we have,” he added.

Speed has to be another characteristic of the joint force. “We have to up our game in speed of recognition, speed of decision and speed of action, because it is coming at us that fast,” Allvin said.

Now the task is to translate strategy into action. Allvin said he does not want the strategy to sit on a shelf and gather dust, but to be used as a living document in making decisions and allocating funds. Threats abound, and the National Military Strategy — an unclassified version may be released soon — looks to build on the National Defense Strategy in concentrating on great power competition with China and Russia and threats emanating from North Korea, Iran and violent extremism, Allvin said.

The challenges coming from many directions, domains and levels have to be responded to, the general said. “This runs through the National Military Strategy,” he added.

It’s important now to integrate global integration into the processes of the military. These include the planning process, the force management process and the force development process, the general told the forum.

Processes affect plans. Combatant commanders submit campaign plans designed to respond to the threats in their areas of operations — U.S. European Command has a plan to counter Russia, for example. But Russia is also a factor in U.S. Central Command, U.S. Indo-Pacific Command, and, now, in U.S. Southern Command. There are also implications for defense of the homeland. These commands have different ways to deal with challenges posed by Russia. Someone needs to be able to look at these plans “holistically,” Allvin said.

“One of the adaptations we’ve made in the planning area is these things we call the global campaign plans,” he said. “It tries to address these challenges across the globe.”

This gives the Joint Chiefs chairman the global perspective he needs to give good, informed advice to the president and defense secretary. “The global campaign plan gives some insight into that, as they give some insight into how changes in one theater may be at odds with actions in another theater,” Allvin said.

Allvin stressed that the global campaign plan process does not replace the combatant commands’ operational plans, but supplements them. He also stressed that the idea is being put into motion under existing laws and directives.