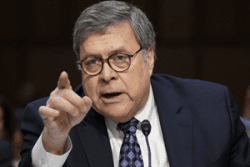 Since the Civil War, little has changed within the Democrat Party. They love their plantation lifestyles, hatred for people of color, and quest for tyrannical power. For them, God, laws, and the Constitution are mere obstacles to be circumvented.

Democrats and their media accomplices portray themselves as loving, caring, and first-class public servants. However, if this were true, why are they so angry?

So, if we listen to the Democrat Party’s media outlets, Democrats are winning everything, and Republicans are in the tank. I don’t know about you, but when I win it’s easy to see the big smile on my face – where is theirs’!

Isn’t it obvious the Democrats know with certainty they are not winners? Their wins are contrived or faked. Then if they don’t win, they just move the goal posts further away.

Please consider just a few of the leading Democrats exposing their brilliance. The Green New Deal must be passed or our world comes to an end. If we put too many people on this island, won’t it tip over? Will the mars rover be able to film where the astronauts placed the flag? What are banks doing about student loans?

Meanwhile, Democrats will never stop saying Conservatives are stupid, uneducated, and unsophisticated. Yes, the same people who cling to God, Bibles, and guns.

How many serious investigations has America held concerning Russia/Trump collusion? Now, Nancy Pelosi wants to have even more – of course, wasting taxpayer money which is what Democrats really love doing.

I was told early in life people doing the same thing over and over again expecting a different outcome, are insane. I personally left the Democrat Party because I felt they had become insane. Nothing they do or say makes sense.

With the announcement by AG Barr to investigate the Democrats involved in the Russia Collusion witch hunt, Nancy knows her reign, as well as all Democrats, is going to come to a screeching halt. They will now have to fixate on lawyering up and preparing for indictments – even possible jail time.

Democrats will not go away silently. They are going to scream and toss verbal grenades everywhere, so please get prepared.

Should anyone doubt why Democrats will now attempt to smear President Trump? This is the worst news Democrats have ever had to address. Democrats have never been challenged by weak-kneed Republicans. Republicans have always been a push over because they even eat their own.

Regardless, Democrats have never feared any Republican until President Trump moved into town. They know with certainty he can’t be managed by the political class. He doesn’t even accept a government salary.

Such a person has never been a part of the political class in decades. So, dirty Republicans and Democrats will do everything in their power to assert as much pressure on President Trump as is possible. No, none of it will be true but they are now fighting for their lives.

Nancy, it’s not President Trump that needs intervention because he is doing exactly what Americans want him to accomplish. In contrast, it is you and the other insane politicians that must receive intervention because all you want to do is the same old thing over and over again!