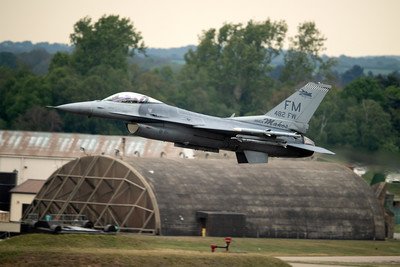 In prepared remarks, Anthony M. Kurta — performing the duties of the undersecretary of defense for personnel and readiness — said DOD’s ability to sustain the all-volunteer force is predicated on meeting annual recruiting goals, regardless of the recruiting environment.

“Today, a widening military-civilian divide increasingly impacts our ability to effectively recruit and sustain the force,” he said. “This disconnect is characterized by misperceptions, a lack of knowledge and an inability to identify with those who serve. It threatens our ability to recruit the number of quality youth with the needed skill sets to maintain our advantage over any near-peer competitor.”

Kurta said the divide has been exacerbated by a shrinking military footprint in the United States, a declining veteran population and “uninformed and often misguided” messages from organizations or media on the risks of military service. “Combined, these factors have led to a youth market which is less interested in the military and does not appreciate the social worth or intrinsically-motivating elements of military service,” he said.

Basic knowledge about the military is lacking, with only 27% of youth able to name all five services. A majority of youth believe that those who serve and then separate will have some form of psychological or emotional issues, difficulty readjusting to everyday life, or some form of physical injury, Kurta said.

“Today, when asked how likely it is they will be serving in the military in the next few years, 87% responded ‘definitely not’ or ‘probably not,'” he said. “While the American public has faith in the efficacy of our military, they feel little to no personal connection with it.”

Americans overall view the military as important and effective and well-run. They see military leaders as courageous and professional. And Americans believe the military contributes to society. “Yet, this general support has not translated into increased service by youth or support for enlistments by their influencers,” Kurta said. “In fact, a significant proportion of our nation believe joining the military is a good choice for someone else.”

Youth today have options, thanks to booming American and global economies, and that tends to widen the military-civilian gap, too, Kurta said. “Lower unemployment rates negatively impact military recruiting,” he said. “Historically, the economy has a strong impact on the quality of recruits coming into the military. As the unemployment rate for 16- to 24-year-olds drops, the percentage of high-quality enlistments generally does, too.”

Kurta noted the pool is smaller than kit used to be. “Today, only 29% of youth are eligible for military service without requiring some form of standards waiver,” he said. “Recruiting high-quality youth with narrowly focused critical skills is more of an imperative today, given the smaller size of our military force and technological advances. This focus on high-quality, critically skilled youth inherently limits the pool of recruits. In fact, only about 2% of the 20.6 million 17- to 21-year-olds in the United States are eligible, propensed to serve, and of high academic quality.”

DOD strives to attract people reflective of America, Kurta said. While the services closely mirror the cross-section of America in regard to race and ethnicity, “we believe additional emphasis on the Asian and Hispanic communities, as well as on female propensity, is warranted,” he said. “Additionally, we continue to struggle with geographic diversity. Today 42% of those who join the military come from just six states.”

He noted that most ROTC and military academy graduates come from northern states, while the vast majority of the enlisted force comes from southern states. “The department must continue to work to improve the acceptance of military service by all communities as a valued career choice for their sons and daughters,” he said. “We must also create opportunities for all young Americans to be able to visualize themselves serving as part of the all-volunteer force in the United States military.”

Support Conservative Daily News with a small donation via Paypal or credit card that will go towards supporting the news and commentary you've come to appreciate.
Tags
the Department of Defense
Jim GaramoneMay 16, 2019
1
Facebook Twitter Reddit Telegram Share via Email Print