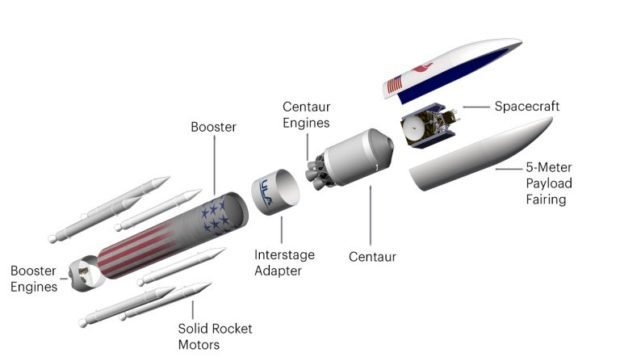 First Flight Hardware Being Manufactured and Launch on Track for 2021Centennial, Colo. (April 8, 2019) – Today, United Launch Alliance (ULA) CEO Tory Bruno gave an update on the continued progress of the Vulcan Centaur during a ULA media event at the 35th Space Symposium.

“As the nation faces growing threats in the space environment, ULA is unleashing the energy of American ingenuity by developing the Vulcan Centaur,” said Bruno. “Purpose-built to meet our nation’s needs for expanding space missions, the Vulcan Centaur’s innovative technology is transforming the future of launch and will advance America’s superiority in space.”

ULA’s Atlas and Delta rockets have been the backbone of American space launch for decades. Building on a progressive history of technology development and advancement, the Vulcan Centaur will advance this rich heritage.

“Manufacturing of Vulcan Centaur pathfinder and qualification hardware in the factory has been going on for nearly a year and just a few weeks ago, the team began to manufacture the first flight hardware,” said Bruno. “It is a tremendously exciting time as we watch the first flight vehicle being built.”

“The strong team behind the Vulcan Centaur, including ULA’s supplier base, is proud to be building a rocket to launch critical American defense assets. Vulcan Centaur will provide higher performance and greater affordability while also continuing to deliver our unmatched reliability and precision,” said Bruno.

ULA is the nation’s only full-range launch provider and is significantly investing in and modernizing the factory in Decatur, Alabama, and upgrading launch facilities to be more capable and flexible.

“When designing Vulcan Centaur, we took the best of Atlas and Delta and carried that over to our new rocket,” said Bruno. “In addition, many of Vulcan Centaur’s major components will be flown first on Atlas V missions such as the solid rocket boosters, avionics, software, upper-stage engine and payload fairings, lowering the risk of the first flight.”

With more than a century of combined heritage, ULA is the world’s most experienced and reliable launch service provider. ULA has successfully delivered 133 satellites to orbit that provide Earth observation capabilities, enable global communications, unlock the mysteries of our solar system and support life-saving technology.