A vengeful, fired IT aide to Sen. Maggie Hassan mounted an “extraordinarily extensive data-theft scheme” against the office including installed “keylogging” devices that picked up every keystroke, then worked with an unnamed accomplice — who was at the time a current Hassan employee employee — who gave him a key that he used to enter the office at night and who allegedly tried to destroy evidence for him.

Jackson Cosko, the Bernie Sanders-supporting son of a California millionaire, accepted responsibility for the events revealed by federal prosecutors in court Friday.

Cosko, angered at being fired from Hassan’s office in May 2018 for conduct that Hassan has refused to disclose, plotted to ransack the office of information, gathering dozens of gigabytes including entire network drives, and sorting it into folders including one called “high value.”

He was then hired by Rep. Sheila Jackson Lee, giving him access to the House computer network.

In October 2018, seeing the confirmation hearings of Supreme Court Justice Brett Kavanaugh made his angry, so he used information stolen from Hassan’s office to “doxx” Sens. Orrin Hatch, Lindsay Graham, and Mike Lee, from his office in the House. Sen. Rand Paul later called for punishing the then-unknown offender, so Cosko then doxxed Paul and Senate Majority Leader Mitch McConnell. “The defendant published that information maliciously, with the intent to intimidate the Senators,” a plea agreement says.

He was caught in the act logging into a Hassan computer by another Hassan staffer, and threatened in an email: “If you tell anyone I will leak it all. Emails, signal conversations, gmails.” Then, he had his accomplice go into the office and “wipe down” the computers of fingerprints and unplug all the computers in Hassan’s office. But before the accomplice — referred to as “Subject A” — could complete the task, a third witness was approaching, so the accomplice texted Cosko that he was aborting the mission.

Cosko pleaded guilty to five felonies including witness intimidation and obstruction of justice. The maximum sentence was 55 years in prison, but guidelines call for 3-4 years. He agreed not to seek a term shorter than two years as part of the plea agreement. He could also face a fine up to $200,000 and possible restitution to Hassan’s office.

Prosecutors declined to say whether Subject A will be prosecuted, and Hassan’s office did not return a request for comment. 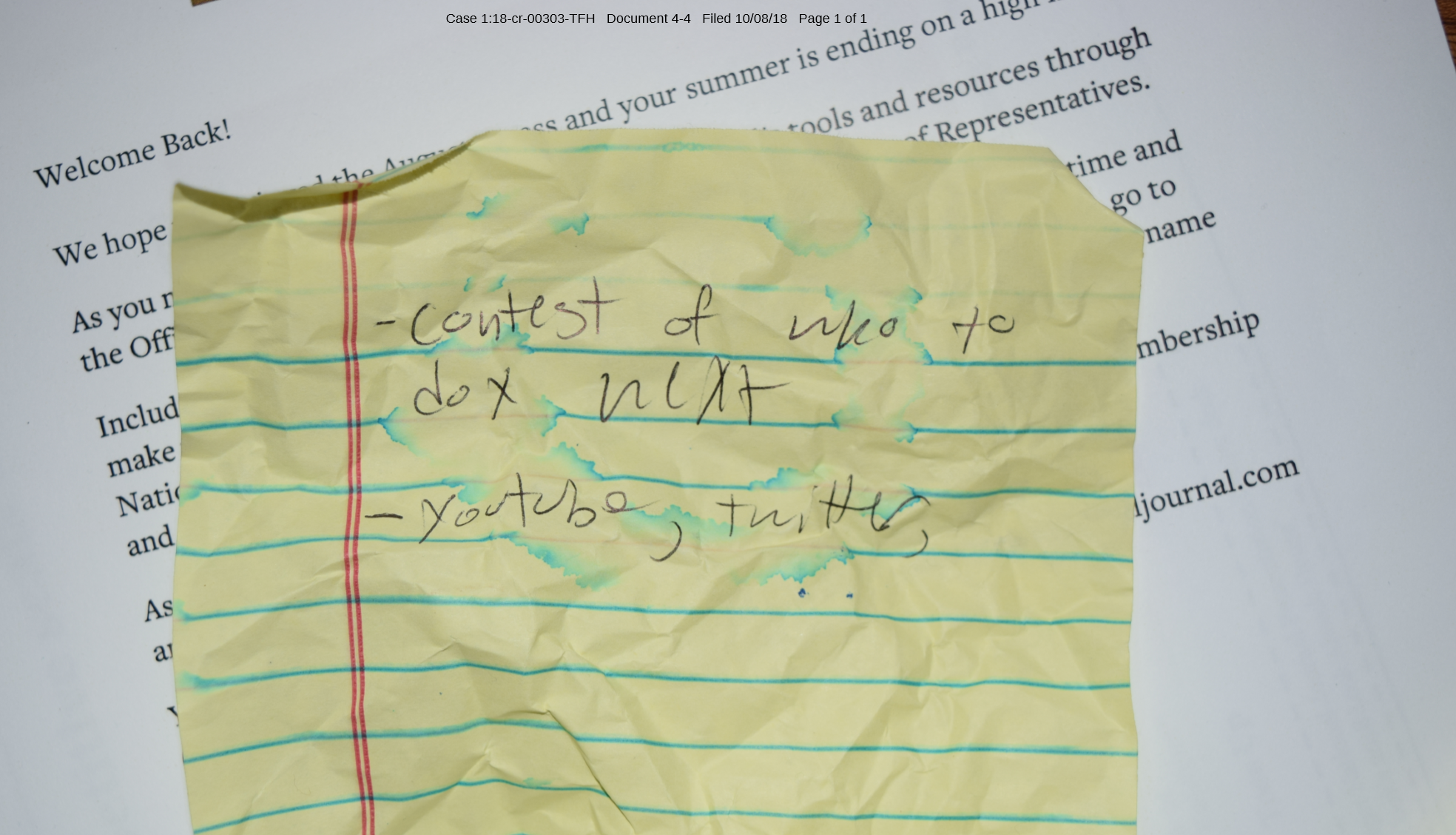 The plea agreement says from July to October 2018, Cosko

engaged in an extensive computer fraud and data theft scheme that he carried out by repeatedly burglarizing Senator Hasson’s office. The defendant engaged in an extraordinarily extensive data-theft scheme, copying entire network drives, sorting and organizing sensitive data, and exploring ways to use that data to his benefit…

The defendant gained access to Senator Hassan’s Office by unlawfully obtaining keys from a staffer who was (at the time) still employed in the Office (Subject A). The defendant then used those keys to enter the Senator’s office alone at night….

On October 3, 2018, the defendant met with Subject A, to return Subject A’s key… defendant told Subject A to wipe down all of the computers, keyboards and computer mice…

Subject A texted: “Hey So I was able to wipe down the keys and mouse but [witness 3] was coming so I could [not] do the other thing”

The suspect’s father, Greg Cosko, is the CEO of Hathaway Dinwiddie, a massive construction company that built a university building named after Feinstein’s husband. He serves on the board of San Francisco State University alongside Willie Brown, the California politician who said he helped make the career of California’s other Democratic senator, Kamala Harris, with an illicit affair.

As former chairman of the San Francisco Chamber of Commerce, Greg Cosko hobnobbed with then-House Minority Leader Nancy Pelosi, Feinstein and others. The elder Cosko’s adult son appears to have made inroads in Washington via an internship with Feinstein.

Feinstein was previously accused of having a Chinese spy working in her California office, but allowed him to retire and covered it up. He was never criminally charged — helpful in avoiding media attention — and she never discussed it publicly until it leaked out years later. Even then, she refused to name him and falsely characterized him as simply a driver. He is still working in the U.S.