Rudy Giuliani exposed Hillary Clinton on live television and put her on notice with a brutal warning.

During an interview Wednesday morning on Fox & Friends, Giuliani urged Clinton that she “better get a lawyer” and hinted that she may finally be served justice in the near future.

The segment began when Giuliani was asked about comments made by Clinton on Tuesday, where she claimed that Trump would have been indicted if he weren’t president.

Giuliani began by defending Trump, saying that Democrats “had two investigations to prove” collusion and that “the FBI counterintelligence investigation – in the words of Peter Strzok – ‘no there there’, and then this one,” referring to the Mueller probe.

“How this ever got started in the first place is the next investigation,” Giuliani said, adding that Clinton “better get a lawyer.”

Fox News host Steve Doocy asked Giuliani: “She [Clinton] said that the reason he wasn’t indicted is because there’s a DOJ standing policy not to indict a sitting president.”

Giuliani also took to Twitter on Wednesday and blasted Clinton.

“I encourage Hillary to get very involved in the 2020 election. She blew the last one for the Dems. She is working on a book called ‘How To Obstruct And Go Free.’ And the sequel will be ’How My Husband Escaped’ a perjury conviction. From America’s number one crime family,” Giuliani wrote.

While speaking at an event on Tuesday hosted by TIME Magazine, the twice-failed presidential candidate snapped, hallucinated about “Russians” stealing the election from her, and stunned many with her opinion on removing Trump from office.

Clinton was asked if she would support Democrats moving forward with impeachment.

Surprising to many, Clinton said she doesn’t think Democrats should push impeachment now, but implied they should keep investigating Trump to find more dirt on him.

“I’m really of the mind that the Mueller report is part of the beginning…because there’s still so much more that we should know and that we should act upon… And we’re a long way from knowing because we need to get the full report — the unredacted version,” she said.

She then went on to say that Special Counsel Robert Mueller’s final report is a “road map” to impeachment down the road.

“Actions that undermine the integrity of our government. That placed the personal or political interests of a president over the interests of the nation. And in so doing we were able to make a case that was accepted by the Judiciary Committee that then voted out articles of impeachment on a bipartisan basis,” Clinton said.

Clinton should have been charged given she deleted over 33,000 emails, sent and received classified information, and bleached and smashed hard drives with hammers in an attempt to destroy the evidence.

Support Conservative Daily News with a small donation via Paypal or credit card that will go towards supporting the news and commentary you've come to appreciate.
Tags
Hillary Clinton Rudy Giuliani 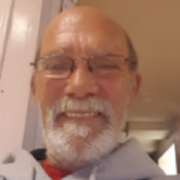