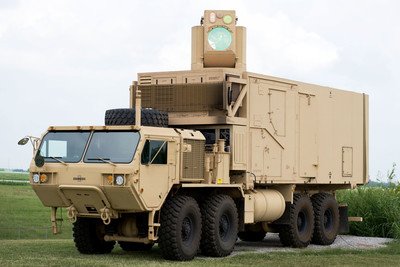 The Defense Department’s enduring mission is to provide combat-ready forces to deter war and protect the security of the United States. One of the ways DOD maintains the competitive edge of its troops is through a diverse system of research and development laboratories.

Some of this innovative work was on display during the third biennial DOD Lab Day at the Pentagon. Lab Day is a chance for DOD to showcase the work being done by its scientists and engineers to benefit warfighters.

The Air Force Research Laboratory showcased its hypersonic flight research that includes achievement of a major milestone: completing the critical design review of the X-60A liquid rocket. It will now move to the fabrication phase. In 2020, the X-60A will be airdropped in its first flight test.

The Air Force Research Laboratory showed its conceptual high-power microwave systems, a class of directed energy weapons where a very short, extremely high power burst of energy is transmitted to create a wide variety of effects on a target, often focused on its electronics components.

Support Conservative Daily News with a small donation via Paypal or credit card that will go towards supporting the news and commentary you've come to appreciate.
David VergunApril 25, 2019
Facebook Twitter LinkedIn Telegram Share via Email Print

Frats Will Be Allowed To Throw Parties Again At This School, But Only If They Have Chaperons Blocking Bedrooms

University Of Michigan To Pay $490 Million In Sex Abuse Settlement