Posted by: David Vergun in Military and Defense, Syndicated Posts, US News April 15, 2019 Comments Off on Pentagon: Humanitarian Operations Save Lives, Build Goodwill 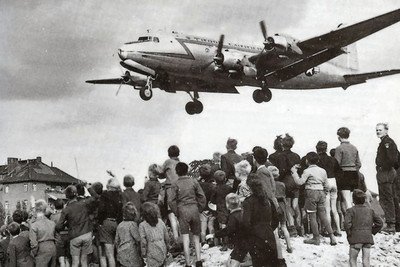 The Defense Department frequently participates in humanitarian assistance and disaster response missions in the U.S. and abroad.

DOD is uniquely postured to provide this assistance because of assets such as transport ships and aircraft, medical personnel, engineering equipment and search and rescue expertise.

DOD almost always works in cooperation with other federal agencies and nongovernmental organizations, such as the Red Cross, U.S. Agency for International Development and the Federal Emergency Management Agency. The services also usually work alongside allied and partner nation militaries and agencies.

DOD’s humanitarian aid efforts are not new. During the 1948-49 Berlin Airlift, food and relief supplies were delivered by air to the people of West Berlin after the Soviets blocked rail and road traffic to the city.

Humanitarian operations frequently occur in the Ring of Fire, a belt of volcanic and earthquake prone along the Pacific coast of the Americas and Asia. DOD took part in a large-scale humanitarian operation in 2011 in Japan called Operation Tomodachi, after a large earthquake and tsunami devastated an area of northwest Honshu.

An unusual humanitarian operation took place in 2014 — Operation United Assistance. The services, in support of USAID, provided medical, engineering and other assets to fight against the Ebola virus outbreak in West Africa, particularly Liberia.

An example of a large DOD/FEMA domestic humanitarian operation took place in 2005 after Hurricane Katrina, which devastated parts of Louisiana and other Gulf Coast areas to the east.