Former Vice President Joe Biden’s team pushed back on allegations of sexual misconduct on Monday by blaming members of the right-wing for circulating out-of-context photographs. 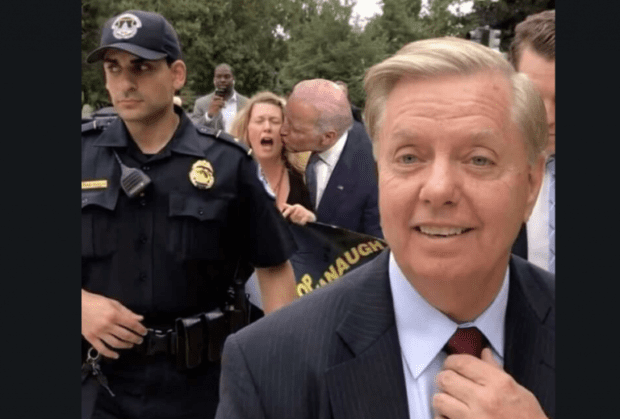 “These smears and forgeries have existed in the dark recesses of the internet for a while,” said a Biden spokesman. “And to this day, right wing trolls and others continue to exploit them.”

Forceful pushback from Team Biden not of @LucyFlores but of the license people are taking with photos out context. “These smears and forgeries have existed in the dark recesses of the internet for a while. And to this day, right wing trolls and others continue to exploit them” pic.twitter.com/naIqMf4ASs

Former Nevada Assemblywoman Lucy Flores came out with her allegations against the prospective presidential candidate Friday in the New York Magazine op-ed “An Awkward Kiss Changed How I Saw Joe Biden.” She claimed Biden, who was campaigning on her behalf at the time, kissed her and smelled her hair without consent.

“I felt him get closer to me from behind. … He proceeded to plant a big slow kiss on the back of my head. My brain couldn’t process what was happening. I was embarrassed. I was shocked. I was confused,” Flores wrote.

“There is a Spanish saying, ‘tragame tierra,’ it means, ‘earth, swallow me whole.’ I couldn’t move and I couldn’t say anything,” she continued. “I wanted nothing more than to get Biden away from me.” 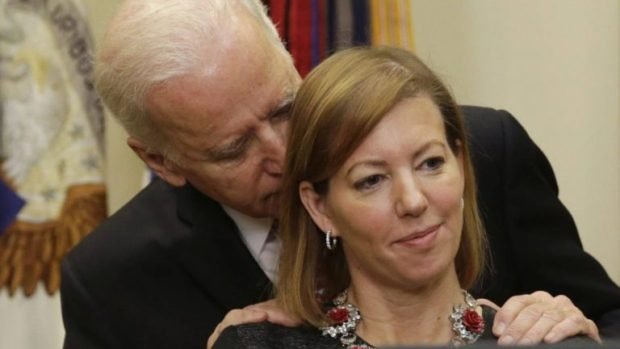 Neither then, nor in the years since, did he or the staff with him at the time have an inkling that Ms. Flores had been at any time uncomfortable, nor do they recall what she describes. But Vice President Biden believes that Ms. Flores has every right to share her own recollection and reflections, and that it is a change for better in our society that she has the opportunity to do so. He respects Ms. Flores as a strong and independent voice in our politics and wishes her only the best.

Flores revealed two days later that “politics was definitely the impetus” for coming forward with her accusation, noting that “the reason why we’re having these conversations about Vice President Joe Biden is because he’s considering running for president.”

While Biden has not formally revealed if he will run for president, he has been polling as the top contender for the Democratic nomination, and is expected to do so in April.

‘I’ll Develop Some Disease And Say I Have To Resign,’ Biden Jokes