For the better part of the last 100 years the American left has flirted with and embraced Communism as an ideal that Americans should accept as superior to Capitalism as practiced under our Constitutional government. In spite of Democrat love for Communism, Capitalism expanded and Communist/Socialist states around the world collapsed while their citizens suffered. But is forbidden to call Democrats who plotted against our capitalist economy “traitors”, which they are.

The only thing that has publicly brought American liberals to speak critically of Russia is the lie of a Trump/Russia collusion, that Democrats claim caused Hillary to lose to Donald Trump in 2016. The Democrat lie about collusion caused Democrats to pretend to reject Vladimir Putin, after Barack Obama swooned over and privately dealt with the Russian dictator for the eight years of his presidency. But one must not say there was collusion on the part of President Obama with his secret appeals to Putin to give him more time to get re-elected so he could do Putin’s bidding and undermine American security.

But, having to back off of a fondness for Russia because of the political convenience of hating an imagined Trump/Putin pact, American liberals wasted no time finding another style of governing to worship as they rejected the proven success of Capitalism. An entire movement of Democrat politicians, and virtually all of the Democrat 2020 presidential candidates, immediately took up the banner of Venezuelan Socialism and began promising government giveaways of everything that people enjoy and need, to be provided free under their new idea of an American presidential administration. The failing state of Venezuela had no blemishes that Democrats could identify, so they promised they would do the same things that has caused Venezuelan citizens to have no food and no medicines, and to be on the edge of revolution because of the total failure of the Socialist Maduro government.

Now we have Muslim women in the House of Representatives aggressively attacking Jews and Israel, our closest ally in the Middle East, along verbally abusing whatever Republican House member they can call racist at the moment, just because he’s there. 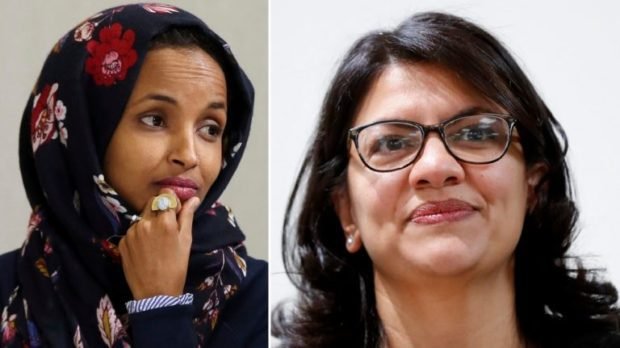 And one cannot fail to mention the traitorous Hillary Clinton who passed thousands of classified documents over an un-secure Email server, thereby risking American lives and our national security with her horrendous acts. But even though, on July 5, 2016, the Director of the FBI listed the many illegal and traitorous acts Hillary committed while she was Secretary of State, he decided not to seek prosecution for these numerous acts of treason. If James Comey’s refusal to send the Hillary case to a Grand Jury is not itself an act of treason, I can’t imagine what is.

It’s about time that Americans identified the majority of the Democrat party as being traitors and start bouncing their rear ends out of positions of power in our government.