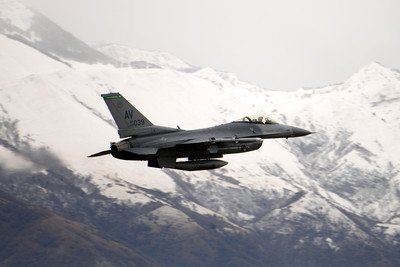 What’s great power competition?  Its when large nations vie for the greatest power and influence — not just in their own parts of the world, but also farther out. The United States enjoys a lead there, now, but other nations are nipping at its heels.

In the 1990s, the U.S. didn’t have a peer competitor, economically, diplomatically, or militarily, the chairman of the Joint Chiefs of Staff said during an event in Washington held as part of the NATO Atlantic Council’s Commanders Series.

That’s not so today, Marine Corps Gen. Joe Dunford said, noting that Russia and China are both interested in establishing “preeminence, if not hegemony, in their respective geographic areas.”

“And both [are] trying to asset greeter influence on the world stage,” he added.

From a military perspective, Dunford said, the path of capability development both nations have pursued challenges the United States in a number of areas.

The U.S. military strategy considers the U.S. military network of allies and partners as one of its greatest strengths. The ability to project power, when and where needed, is another great strength, the chairman said.

From a military perspective, Dunford said, those two nations are developing capabilities of their own to contest the U.S. ability to move to meet alliance  commitments, or operate once there, in air, land, sea, space and cyberspace.