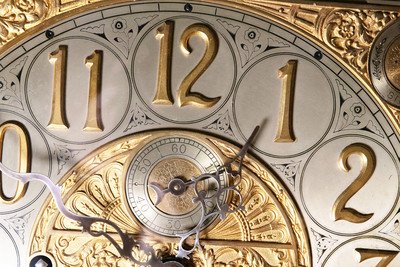 It’s that time of year when we spring forward and are happy to get home from a busy day while it’s still light out.

In America, daylight saving time first became official on March 19, 1918, when the Standard Time Act was signed into law. It allowed for additional daylight hours to be added into the day to help save energy costs during World War I. The law also established the five time zones that we now know.

The part of that law pertaining to daylight saving time was only in effect for about a year and a half, though, before it was repealed due to the war’s end, despite President Woodrow Wilson vetoing the repeal.

It wasn’t until World War II began that the issue came up again. In February 1942, Congress implemented a law instating a national daylight saving time to help conserve fuel and “promote national security and defense,” which is why it was nicknamed “war time.” The time zones were even known as that: Eastern War Time, Pacific War Time, etc.

But when the war ended in 1945, the law was once again repealed so individual states could establish their own standard time.

For the next two decades, there were no set rules for daylight saving time, which caused a lot of confusion for the transportation and broadcast industries. That changed for good in 1966, when Congress passed the Uniform Time Act that set a national standard time that permanently superseded local times. It established daylight saving time from the last Sunday in April to the last Sunday in October.

Portions of the law have been changed a few times since, including to the dates when the “spring” forward and “fall” back happen. The current policy was implemented by President George W. Bush in 2005, extending daylight saving time by a few weeks. It now starts on the second Sunday in March and ends on the first Sunday in November.

While daylight saving time is a federal mandate, states can opt out of it by passing a state law. Hawaii and Arizona don’t observe it, though the Navajo Nation in northeastern Arizona does. Most American territories, including Puerto Rico and Guam, don’t observe it, either.

So if you’ve ever wondered where that tradition comes from, now you know!

Support Conservative Daily News with a small donation via Paypal or credit card that will go towards supporting the news and commentary you've come to appreciate.
Katie LangeMarch 8, 2019
Facebook Twitter Reddit Telegram Share via Email Print

Media Harps On US For Being A School Shooting Paradise. But There’s Just One Problem