“With mortgage rates remaining strong and people staying in their homes longer, we have started to see a bit of a flipping rate slowdown,” said Todd Teta, chief product officer at ATTOM Data Solutions. “However, this isn’t to say home flipping is going away. The market is still ripe with investors flipping and bargains still await, especially in the lowest-priced areas of the country, where levels of financial distress remain highest.”

Among the 53 metro areas analyzed in the report with at least 1 million people, those with the highest share of completed flips sold to all-cash buyers — often other real estate investors — in 2018 were Detroit, Michigan (48.8 percent); Birmingham, Alabama (42.4 percent); Jacksonville, Florida (39.8 percent); Miami, Florida (38.3 percent); and Buffalo, New York (38.0 percent).

Along with Pittsburgh and Cleveland, other major metro areas with at least 1 million people and gross flipping ROI of at least 80 percent were Philadelphia (109.0 percent); Baltimore (103.5 percent); Buffalo (96.2 percent); Memphis (86.5 percent); and Cincinnati (84.2 percent).

Among 6,015 zip codes with at least 10 home flips completed in 2018 and a population greater than 5,000, the highest home flipping rate was in 38141 in Memphis where home flips represented 29.5 percent of all home sales for the year. Other zip codes in the top 20 for highest 2018 home flipping rate included zip codes in Donna, Texas; Miami, Florida; Washington, D.C.; Jamaica, New York; Baton Rouge, Louisiana; Compton, California; and Phoenix, Arizona.

Support Conservative Daily News with a small donation via Paypal or credit card that will go towards supporting the news and commentary you've come to appreciate.
Tags
real estate 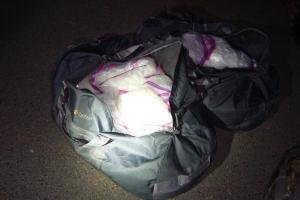 Border Crisis: Agents seize more than $1.7 million worth of meth