The U.S. Department of Transportation (USDOT) announced today that the Federal Railroad Administration (FRA) intends to cancel $929 million in Federal grant funds yet to be paid for the California High-Speed Rail project envisioned to connect the L.A. Basin to the San Francisco Bay Area.

In addition, the Department announced it is actively exploring every legal option to seek the return from California of $2.5 billion in Federal funds FRA previously granted for this now-defunct project.  FRA Administrator Ronald L. Batory notified the California HSR Authority (CHSRA) of this action in a letter today. 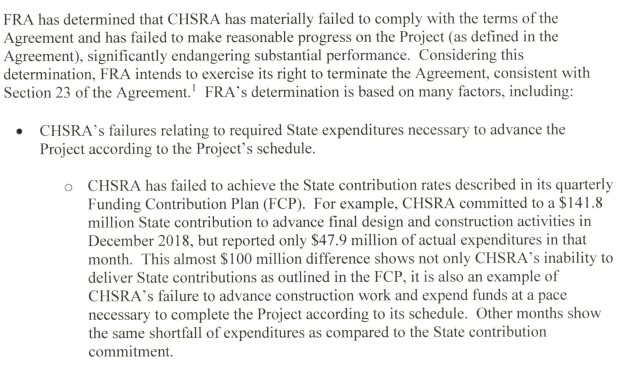 USDOT recognizes that California governor Gavin Newsom is engaging in a bait-and-switch while hoping that U.S. taxpayers are willing to throw good money after bad on a project that may never complete and certainly won’t within the costs promised. 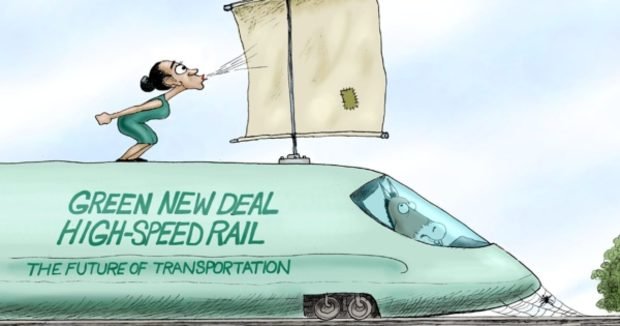 The national debt is skyrocketing and federal taxpayers can no longer be held hostage to progressive schemes.


Content created by Conservative Daily News is available for re-publication without charge under the Creative Commons license. Visit our syndication page for details.

Support Conservative Daily News with a small donation via Paypal or credit card that will go towards supporting the news and commentary you've come to appreciate.
Tags
California High Speed Rail Trump Administration