Through her lawyer, Meredith Watson said that she told fellow classmates of the alleged rape and shared what happened to her in email and facebook messages. Watson says that they were friends at Duke University in 2000, but they had not dated or been intimate before the alleged incident.

“At this time, Ms. Watson is reluctantly coming forward out of a strong sense of civic duty and her belief that those seeking or serving in public office should be of the highest character,” Watson’s lawyer, Nancy Erika Smith, said Friday. “She has no interest in becoming a media personality or reliving the trauma that has greatly affected her life. Similarly, she is not seeking any financial damages.” 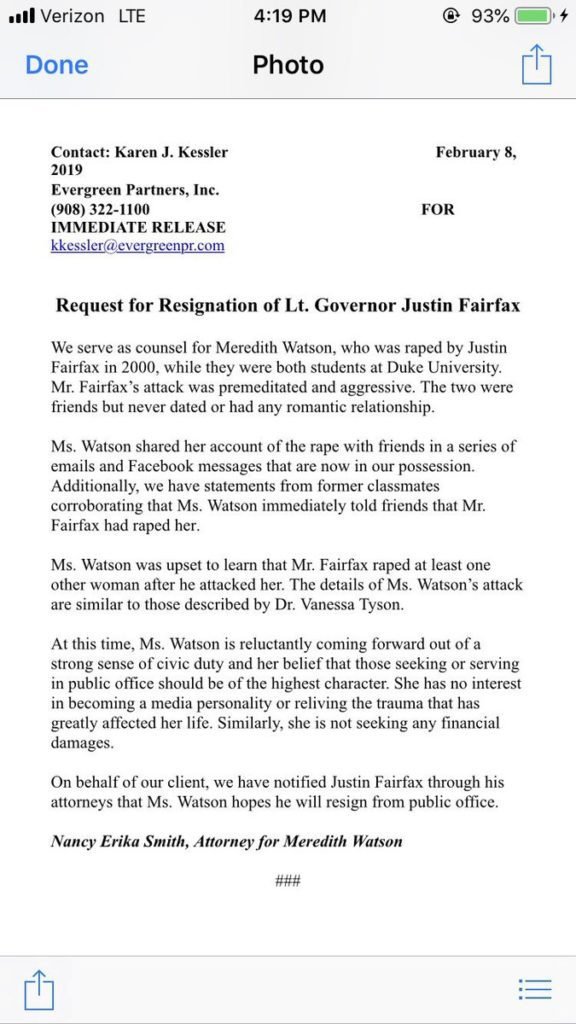 Watson is calling for the embattled Lieutenant Governor to resign. So far only Democrat Representative Jennifer Wexton, and Kamala Harris even say that they believe Dr. Tyson.

Support Conservative Daily News with a small donation via Paypal or credit card that will go towards supporting the news and commentary you've come to appreciate.
Tags
Justin Fairfax Meredith Watson Politics