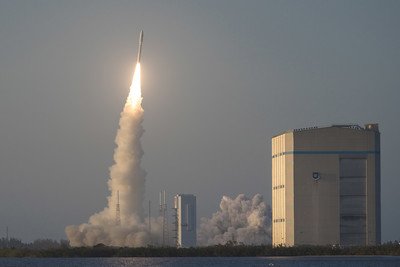 Americans need to be aware of the real threats that China and Russia pose to U.S. capabilities in space.

Space is integral to America’s economic and commercial success. Space is now also considered a wartime domain on par with land, sea, air and cyber.

Space forms the basis for America’s military advantages, and the country cannot allow those to decay or be overtaken, according to a Defense Intelligence Agency report titled “Challenges to Security in Space.”

Space is the enabling domain for many capabilities, from hand-held devices to precision navigation. America’s economic well-being relies on space including banking transactions large and small. Utility companies depend on space.

Any adversary would do well to cripple America’s capabilities in space.

China and Russia — and to a lesser extent, North Korea and Iran — are developing counterspace technologies that could cripple America’s satellite constellations and networks. China and Russia are working on ground-based systems, electromagnetic jamming, lasers and other anti-satellite capabilities to counter America’s advantage in space.

They have also developed the command and control systems needed to deploy these capabilities as weapons.

The DIA report gives Americans an unclassified explanation of what is at risk in this new world. Read it here.

Support Conservative Daily News with a small donation via Paypal or credit card that will go towards supporting the news and commentary you've come to appreciate.
Jim GaramoneFebruary 11, 2019
Facebook Twitter Reddit Telegram Share via Email Print