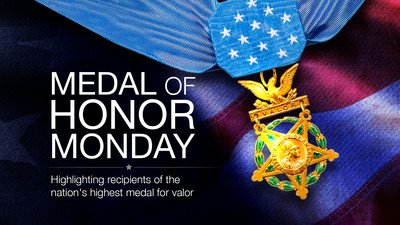 Of the more than 260 service members who received the Medal of Honor for actions taken in Vietnam, not many volunteered for their tour of duty.

Army Spc. 4th Class Daniel Fernandez volunteered for his second stint there. It was a choice that led to his death, but the soldiers he saved will never forget his sacrifice.

Fernandez was born on June 30, 1944, and grew up on a farm with an orchard in Los Lunas, New Mexico, just south of Albuquerque. He was the oldest of four children and loved to ride horses.

Fernandez was part of C Company, 1st Battalion, 5th Infantry Regiment, 25th Infantry Division, when he joined the Army in 1962, before the conflict in Vietnam intensified. But his family said he believed in the cause so much that he volunteered for a second tour of duty.

On Feb. 18, 1966, Fernandez was about eight months into that second tour when his patrol was ambushed by Viet Cong forces near Cu Chi, a suburb of Saigon. The area was famous for the underground tunnels the Viet Cong dug there and used as their headquarters.

During the ambush, Fernandez’s patrol was forced out of its location by intense enemy fire before they could evacuate a wounded soldier.

Fernandez and three other men volunteered to fight their way back through the fire and exploding grenades to reach their fallen comrade. One of the other volunteers, a sergeant, was hit in the process, so Fernandez took charge while trying to help him.

The heavy fire forced the group to take cover, and as they did, a grenade landed in the middle of them. Some of the men didn’t see it, but Fernandez did. He knew there wasn’t time for anyone to protect themselves from it, so without any regard for his own life, he threw himself onto the grenade as it exploded.

Fernandez sacrificed his own life so the four men with him could survive. He was 21 years old.

In 1967, President Lyndon B. Johnson presented the Medal of Honor to Fernandez’s parents in a ceremony at the White House. Fernandez is one of about 60 Hispanic-Americans to have received the honor.

In October 2017, Kirtland Air Force Base rededicated Fernandez Hall to the Medal of Honor recipient. A memorial wall built in his honor was also unveiled. Several places in Fernandez’s hometown are also named after him, including an intermediate school, a Veterans of Foreign Wars post, a memorial park and a recreation center.

Ocasio-Cortez On Climate Change: ‘Is It Okay To Still Have Children?’