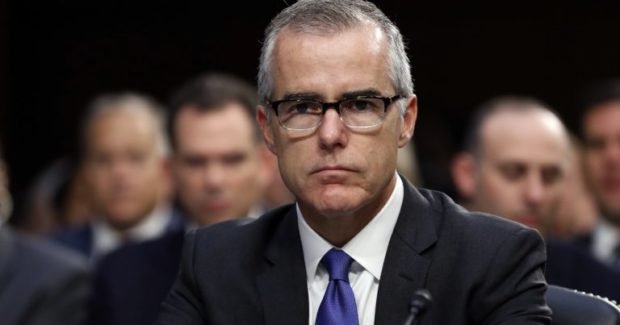 Former Deputy FBI Director Andrew McCabe admitted that the Justice Department discussed the possibility of invoking the 25th amendment against Trump and that Deputy Attorney General Rod Rosenstein was serious about wearing a wire when interacting with the President.

“There were meetings at the Justice Department at which it was discussed whether the vice president and a majority of the Cabinet could be brought together to remove the president of the United States under the 25th Amendment,” McCabe said Thursday in an interview on 60 Minutes. “And the highest levels of American law enforcement were trying to figure out what to do with the president.”

In September the New York Times released an article which disclosed that Rosenstein wanted to secretly record President Trump, an allegation Rosenstein admitted, but said that he was joking.

According to Scott Pelley, “McCabe … says no, it came up more than once and it was so serious that he took it to the lawyers at the FBI to discuss [secretly recording Trump].”

McCabe admitted he was the one who came up with the idea for the obstruction of justice probe into the firing of James Comey who serves at the pleasure of the President. McCabe suggested this despite the fact the Russia probe never ended after James Comey was fired.

McCabe was sacked after an inspector general report showed that McCabe lied to FBI agents about his leaking to the media.

Support Conservative Daily News with a small donation via Paypal or credit card that will go towards supporting the news and commentary you've come to appreciate.
Tags
Andrew McCabe Politics Rod Rosenstein The Department of Justice Trump Administration