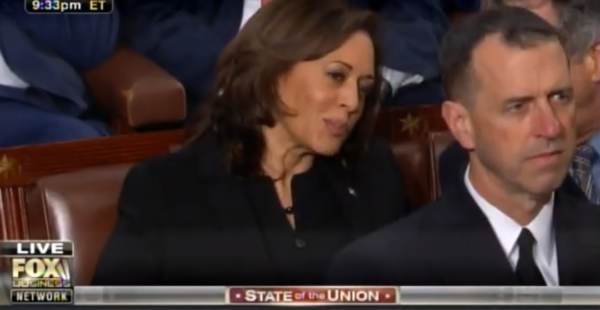 Kamala Harris made her way into politics having an affair with former State Assembly Speaker for 15 years and former San Francisco Mayor for 8 years. He was a married man who was having countless affairs. Kamala Harris started dating Willie Brown when he was 60 and she was 30. After the affair, he admitted that he gave her two state commission jobs as Assembly Speaker, and those jobs were 6 figure salaries. He admitted extensively helping Kamala Harris in her first District Attorney race in San Francisco but he said he also helped politicians like Nancy Pelosi and Gavin Newsom, did he have affairs with them also?

As District Attorney in San Francisco Kamala Harris she was slammed in 2010 for withholding information about a police lab technician who stole drugs and was sabotaging her work. Her deputies knew of the memo showing the wrong doing, the conviction, and they refused to alert defense lawyers regarding that.  A judge condemned Ms. Harris’s indifference to the systemic violation of the defendants’ constitutional rights.

Kamala Harris has a history of prosecuting people who they knew were innocent. Take George Cage an electrician with a squeaky clean record, no criminal record, and he was charged with sexual abuse of his step daughter. A very large amount of exculpatory evidence was withheld thanks to Kamala Harris. The mother of the stepdaughter called her a pathelogical liar who lives in delusion. He remains in prison despite all of the evidence that has shown George Cage to be innocent.

Until video of the Oral Argument came out Kamala Harris worked her hardest to uphold Johnny Baca’s conviction for murder even when the testimony was proven to be false. She only gave up when it embarrassed her and her office.

Kevin Cooper was a death row inmate who was convicted in a tainted trial with serious corruption issues, and Kamala Harris sought to prevent him from conducting advanced DNA testing. Why would she want to prevent it if he was guilty? She reversed her stand after The National Media exposed the case.

Kamala Harris sought to keep Daniel Larsen in prison, despite the fact all of the evidence showed that he was innocent of the Concealed Weapon possession charge. He was given an intentionally incompetent lawyer, and she relied on the technicality. Kamala Harris’ modus operandi was shown in the Kavanaugh hearings that it is guilty until proven innocent.

Corruption has been severe in the DA office, AG office, but also has now been an issue in the senate for her also. Longtime close aide to Kamala Harris resigned after paying a $400,000 sexual harassment case. She has a very hands on approach to management but she didn’t know? Are we supposed to believe that?

Kamala Harris at the State of the Union she was scowling and furious as President Trump said he wanted to put each and every criminal involved in the illegal immigration crisis out of business. Kamala Harris let the threat surge in California while innocent people were her targets.

Support Conservative Daily News with a small donation via Paypal or credit card that will go towards supporting the news and commentary you've come to appreciate.
Tags
Kamala Harris Politics State of the Union