A federal judge ruled Friday that the Selective Service military draft program is unconstitutional as women are now eligible for combat roles.

A lawsuit brought by the National Coalition for Men, a men’s rights group, challenged the current Selective Service System as sexually discriminatory and asked the court to declare it unlawful.

Judge Gray Miller, a U.S. District Judge in Houston, Texas, said in his ruling that, “while historical restrictions on women in the military may have justified past discrimination, men and women are now ‘similarly situated for the purposes of a draft or registration for a draft.'” 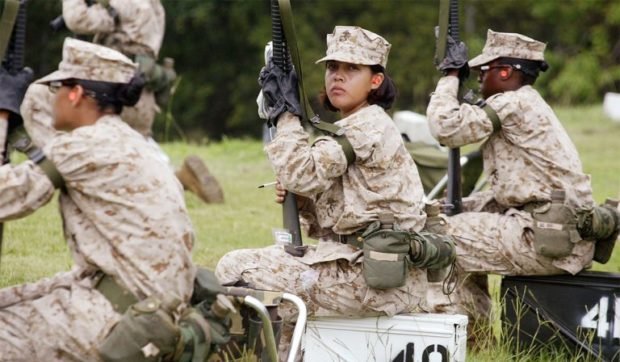 The Supreme Court last ruled on the draft in 1981. In Rostker v. Goldberg, the court said the male-only system was constitutional because women were not eligible for combat roles in the military.

Congress has been studying the issue for years, with an 11-member commission now looking into whether women should be added to the draft or if the draft should be abandoned. The defendants in the case asked for a stay on the basis that it was up to Congress to raise and regulate the military. While Judge Miller agreed on Congress’ role, he said that it does not allow Congress to ignore the Consitution while performing its duty. He also noted that Congress had been studying the issue for many years with no action.

All males aged 18-25 are required to register for the draft. Failing to do so can result in a $250,000 fine, 5 years in prison, and loss of access to federal programs such as student loans and state-issued driver’s licenses. No one has been prosecuted for failure to register since 1986.

The draft was last used during the Vietnam War from 1964 to 1973. During that time, 2.2 million of the 8.7 million military members were draftees and served in Vietnam, in the United States and elsewhere.

The draft was allowed to expire in 1973, but on July 2, 1980, President Carter issued an executive order reinstating the requirement for young men to register with the Selective Service System.

Support Conservative Daily News with a small donation via Paypal or credit card that will go towards supporting the news and commentary you've come to appreciate.
Tags
Selective Service System the draft