Dems: Green New Deal ‘Not a Serious Proposition’ – Set to Prove it With a Vote

Posted by: Jason Hopkins in Congressional Hall Monitor, In The News, US News February 26, 2019 Comments Off on Dems: Green New Deal ‘Not a Serious Proposition’ – Set to Prove it With a Vote

Senate Democrats, forced into a vote on the Green New Deal, are set to show that it was never a serious plan by not voting for it when it hits the Senate floor.

Many Democrats are considering a “present” vote if the Green New Deal resolution is brought to the Senate floor, as voting against it would alienate the far-left, extremist base of the party and voting for it would alienate … everyone else.

“I’m still pondering it. A lot of Democrats may vote — we’ll see, but a lot of us may vote ‘present’ on the cloture motion,” said Sen. Tom Carper (D-DE), ranking member of the Environment and Public Works Committee.

Senate Majority Leader Mitch McConnell (KY) has said that he would like to put the Green New Deal up for a vote sometime this week. The move is an attempt to force Democrats to either support the hyper-environmentalism many in their party push or to refute it as Republicans do. GOP leadership doesn’t want to let Senate Democrats just sit in the middle as they have for so long then use the failure to pass as a talking point against Republicans. If they want it to pass, they’ll have to vote for it or take the blame for its failure.

Democrats filed the bill, and McConnell is giving them their vote, but now, they don’t seem to want it or the New Green Deal.

“This is not serious legislation,” Sen. Sheldon White House (D-RI) told reporters Monday. “This is just Leader McConnell trying to be mischievous and cause trouble, and there’s no reason to encourage him or reward him.”

The Deal, spearheaded by self-identified democratic socialist Alexandria Ocasio-Cortez, calls for a number of seemingly-impossible measures, such as transitioning the country to 100 percent renewable energy in just ten years and upgrading all the buildings in the country.

A “present” vote would protect a number of Senate Democrats vying for their party’s presidential nomination while other Democrats have been more direct in their displeasure with the resolution. Senate Democratic Whip Dick Durbin (IL) said after he read and re-read the text of the proposal that he approached a co-sponsor and asked, “What in the heck is this?” 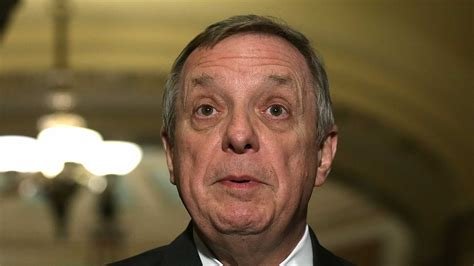 Tagged with: The Green New Deal