The darlings of the left need to do some soul-searching: it appears that their voters don’t want the new ultra-left progressive ideology they are spewing.

Democrat voters have returned to wanting a more moderate party, likely a reaction to the far-left extremists that have announced their candidacy for 2020 and the ridiculous policy positions being taken by those in the socialist wing of their party.

A Pew Research Poll showed that in 2016, Democratic party voters supported the party going more liberal by a 49 to 47% margin. When the same question was asked in 2019, a sharp reversal had formed. 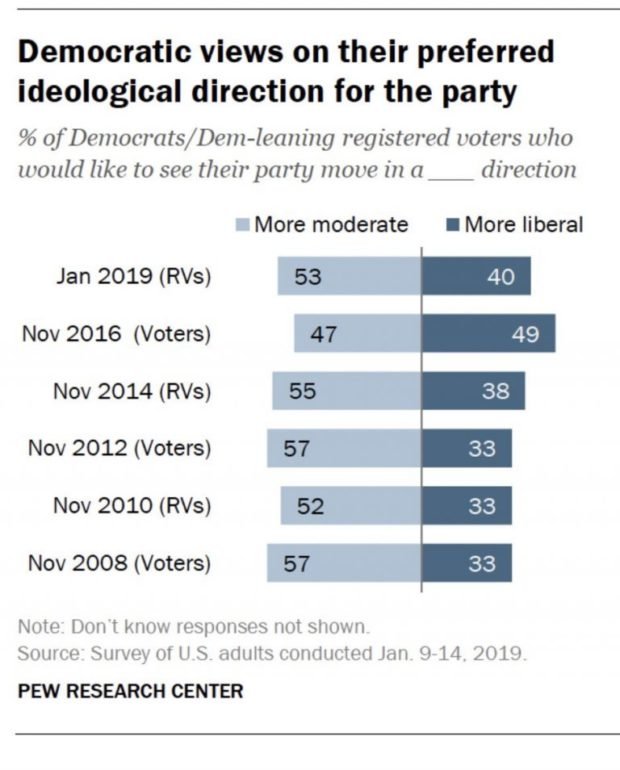 What could signal disaster for the left is that Republicans consistently want their party to move more to the right and the nation is leaning to the right with them.

“The number of states in which more residents identify as liberal than as conservative is down slightly from nine in 2017,” the survey shows. In fact, Democrats lost 30% of those states and now only have a lead in six. 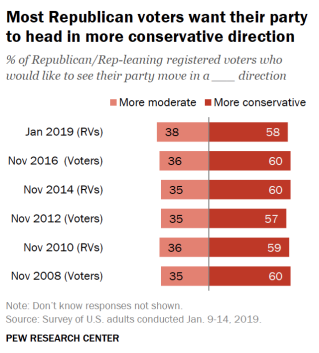 Alexandra Ocasio-Cortez has taken the stance that her one-time win in New York, makes her “the boss.” And Voters may have something to say about that in 2020. According to separate Pew Research Poll, “Dealing with climate change” – her signature issue – was second to last on the list and declining. 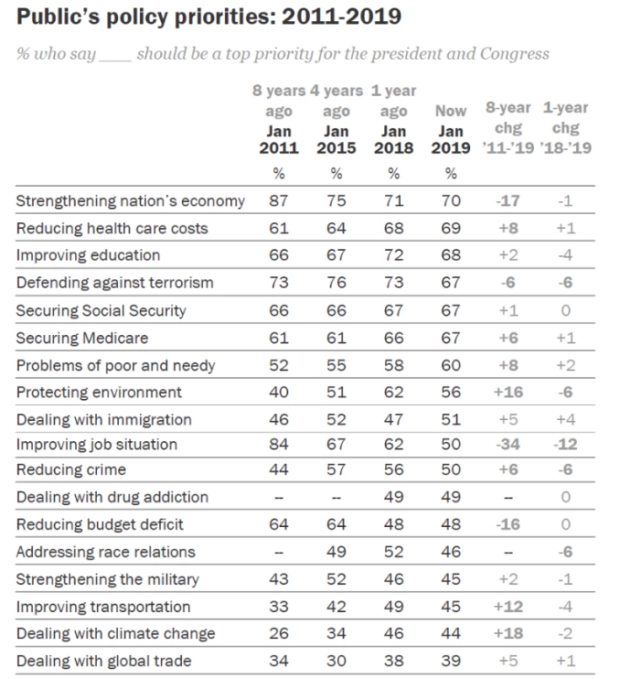 President Trump’s number one priority, strengthening the economy, is the most important policy position that Americans support. His work on improving the economy over the disaster left to him by former President Obama is exactly what Americans want from their leaders. High-speed rail, race relations, climate change and other far-left priorities are low on the list. In fact, dealing with illegal immigration – a Trump priority –  is higher than all of those.

2020 is coming and Democrats, according to their own voters, have all the wrong candidates running.

Support Conservative Daily News with a small donation via Paypal or credit card that will go towards supporting the news and commentary you've come to appreciate.
Tags
2020 Election News Democrats