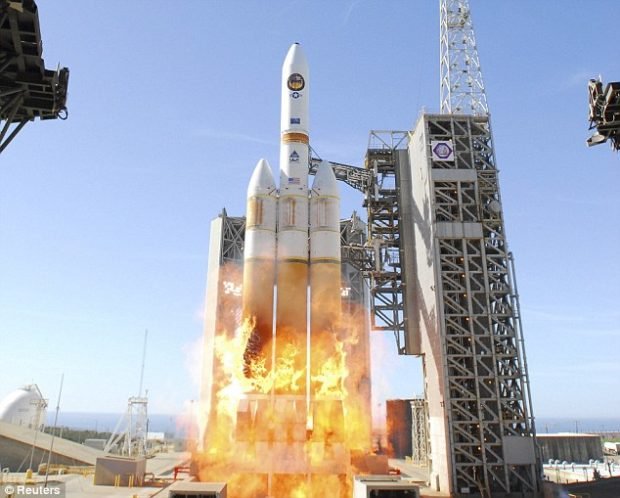 “Congratulations to our team and mission partners for successfully delivering this critical asset to support national security missions,” said Gary Wentz, ULA vice president of Government and Commercial Programs, “thank you to the entire team for their perseverance, ongoing dedication and focus on 100% mission success.”

The Delta IV Heavy is the nation’s proven heavy-lift launch vehicle, delivering high-priority missions for the National Reconnaissance Office, U.S. Air Force and NASA. With its advanced upper stage, the Delta IV Heavy can take more than 14,000 pounds directly to geosynchronous orbit, as well as a wide variety of complex interplanetary trajectories.

ULA’s next launch is the WGS-10 mission for the U.S. Air Force on a Delta IV rocket. The launch is scheduled for March 13, 2019 from Space Launch Complex-37 at Cape Canaveral Air Force Station, Florida.

With more than a century of combined heritage, ULA is the world’s most experienced and reliable launch service provider. ULA has successfully delivered more than 130 satellites to orbit that provide Earth observation capabilities, enable global communications, unlock the mysteries of our solar system, and support life-saving technology.

Support Conservative Daily News with a small donation via Paypal or credit card that will go towards supporting the news and commentary you've come to appreciate.
Tags
Delta IV Heavy United Launch Alliance