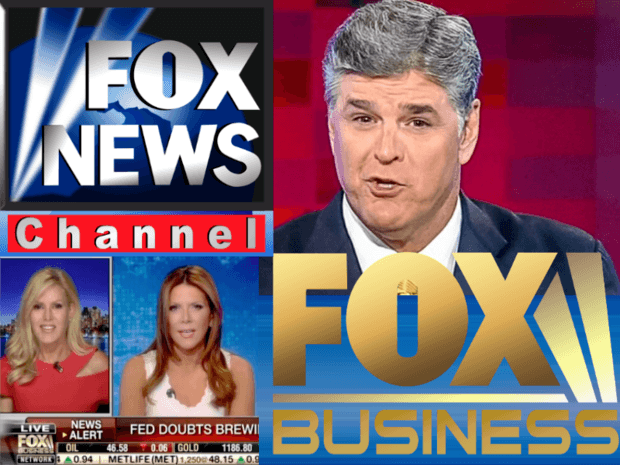 FNC marked its highest-rated year in primetime in its 22-year history with 2.4 million total viewers and finished the year as the most-watched basic cable network for the third consecutive year in both primetime and total day (1.4 million) among total viewers, according to Nielsen Media Research. For the second consecutive year, Hannity was the number one program in cable news with 3.2 million viewers. FNC was also the number one network in upscale cable rankings (income of $100K+) for Monday through Friday on a 24-hour basis in total viewers, as well as the 25-54 and 35-64 demos, and number two in the 18-49 demo, only slightly behind sports-focused ESPN. Additionally, for the third year in a row, FNC came in just behind the four broadcast networks as the most-watched network in total day and primetime.

In a joint statement on the network’s record ratings, FNC’s CEO Suzanne Scott and FNC’s President Jay Wallace said, “FOX News continues to outperform other basic cable networks, proving once again that our news coverage and premiere team of journalists and opinion hosts are the best in the business. With the recent launch of FOX Nation, an increased focus on digital and the strong ratings momentum we have built, we are confident that 2019 will offer our loyal viewers even more ways to engage with FOX News.”

FBN finished 2018 with its second consecutive yearly win over CNBC in Business Day viewers, according to Nielsen Media Research. As the intersection of business news and Washington policy dominated headlines in 2018, FBN scored its highest-rated year ever across Business Day and Total Day in total viewers. In addition, FBN delivered five of the six top-rated programs of the year in all of business television.

In commenting on the network’s ratings, President of FBN Brian Jones said, “Throughout this past year, FOX Business has once again provided viewers exceptional analysis and insight on how tax, trade, and economic policy impact their families and wallets. With headline-making journalists covering the longest bull market in history, ongoing international trade discussions, and breaking financial news, the experienced anchors, reporters and producers at FBN continued to prove their dominance in the business television landscape.”

In cable news, FNC secured 10 of the top 15 programs in total viewers, as well as eight of the top 15 spots among the 25-54 demo. Furthermore, FNC’s Tucker Carlson Tonight, Hannity and The Ingraham Angle claimed three of the top four programs in the younger 18-49 demo. *Please see attached for the corresponding Nielsen program rankers for total viewers, the 25-54 demo, the 18-49 demo and all additional Nielsen ratings.

FBN Saw gains in 2018 while the competition lost viewers

Following the debut of FBN’s primetime lineup expansion on October 15th, the premiere of Trish Regan Primetime (weekdays, 8PM/ET) and shift of Kennedy to the 9PM/ET hour brought increases of 57 percent and 9 percent to the 8PM/ET and 9PM/ET hours on the channel, respectively.

Additionally, FBN’s Varney & Co (9AM/ET-12PM/ET) topped CNBC’s Squawk on the Street/Squawk Alley in total viewers across all three hours for the second consecutive year with 264,000 viewers (up 10 percent), and 32,000 in the demo (up 14 percent). During market hours, CAVUTO: Coast to Coast (weekdays, 12-2pm/ET) and Countdown to the Closing Bell with Liz Claman continued their reign over the CNBC competition for the second consecutive year.

Marking three consecutive years as the leader in business news, Lou Dobbs Tonight (7PM/ET) delivered the year’s number one rated program in business television across total viewers (343,000). Along with Dobbs, FBN’s Varney & Co (9AM/ET-12PM/ET), Countdown to the Closing Bell with Liz Claman (3PM/ET), After the Bell (4PM/ET) and CAVUTO Coast to Coast (12-2PM/ET), claimed the top five of six most-watched business news programs for the year.

In addition to its record-breaking ratings year, FNC dominated the digital space, reaching unprecedented numbers in uniques, page views, media initiatives and time spent, according to Adobe Analytics (January 2018 – November 2018). FOX News Digital page views increased by 10 percent and visits increased by 22 percent versus 2017. FOX News Digital, according to comScore, had its most successful year ever across major metrics. From April 2018 to August 2018, FOXNews.com surpassed CNN for the #1 in page views and from June 2018 to September 2018, the website surpassed both NYTimes.com and WashingtonPost.com for the #2 rankings in unique audiences. August 2018 was also a record month for FOX News Digital, with 98 million unique visitors, per comScore. On web and mobile, views and app usage both increased by 10 and 24 percent respectively.

Additionally, FNC won across social media, coming in as the number one most engaged news brand in the world for 2018 according to Shareablee (January 2018 – November 2018), generating nearly twice as many interactions as the nearest news competitor, CNN. 2018 also marked FNC’s most engaging year on Instagram, increasing by 63 percent and on Facebook, FNC was #1 in live video views, representing 53 percent of all Facebook Live video views in the competitive set.

FBN also nabbed record breaking metrics in the digital space. Fox Business ended 2018 as the number one Business TV News brand in Total Social engagement in the world (January 2018 – November 2018), according to Shareablee. On the FOX Business website and mobile application, the platforms saw increased page views by 6 percent and visits increased by 51 percent from the previous year, according to Adobe analytics. Average monthly unique visitors increased 23 percent in 2018, while FBN hit record numbers in both page views and unique visitors in October 2018, according to comScore.

Support Conservative Daily News with a small donation via Paypal or credit card that will go towards supporting the news and commentary you've come to appreciate.
Tags
Fox Business Network Fox News