The non-stop blame game over the government shutdown and the border wall centers on politics if you believe the talking heads and politicians. “Trump is pandering to his base,” they say. They are wrong.

For Trump, the battle over border barrier funding isn’t about his base. It’s about the men and women of the border patrol who have directly told him that they need barriers, specifically steel bollard walls, at the border if they are to do their job effectively and safely. Trump listened to them at a series of roundtables, meetings and phone calls as agents and management involved in the day-to-day defense of the southern border cried out for the steel bollard walls that Trump is now fighting to get funded.

The media found controversy when Trump’s border wall went from a concrete barrier to the steel fencing that the president now supports. He didn’t go from concrete to steel because he believes that Democrats will find the steel fence more agreeable than a concrete wall, he did it because the border patrol told him that’s what they need.

So Trump isn’t fighting to win political points or to back Nancy and Chuck into a corner, he’s fighting to get his people the equipment, tools and barriers they told him they need to protect the country. Trump is doing what good leaders do – he’s fighting for his people. 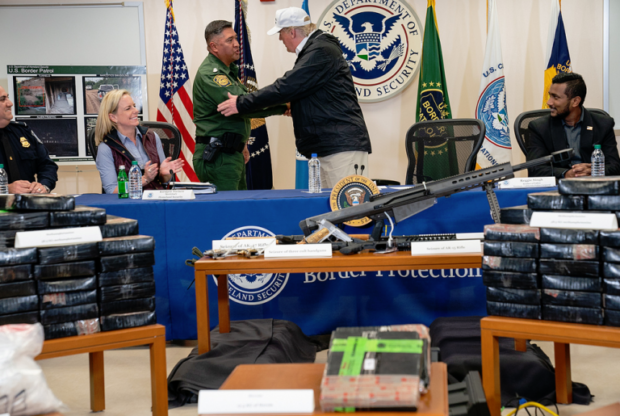 Nancy Pelosi and Chuch Schumer have used ambiguity, misrepresentation of fact and outright lies to make Trump’s support for his people look like a selfish, childlike temper-tantrum. When Trump prematurely ended a meeting between the three of them last week, Schumer called it a tantrum saying that Trump slammed his fists on the desk and walked out. But, when you hear Vice President Pence’s account of what happened in that meeting, it’s immediately apparent that Schumer lied.

“He [Trump] asked Speaker Pelosi if he opened things up quickly, if he re-opened the government quickly, would she be willing to agree to funding for a wall or a barrier on the southern border,” Pence told reporters. “And when she said ‘No’, the president said goodbye.”

Trump offered to quickly re-open the government if Pelosi would agree to funding for a border barrier. She flat-out refused and left no room for negotiation. That’s not compromise and it’s not reasonable. That’s political.

Pelosi and Schumer are denying the border patrol the very thing they are asking for – a barrier on the border. There is no other way to put it. America’s border agents asked for something and Nancy and Chuck have literally said “No.”

The inverse is true of Trump. The people who work the border day-in and day-out have asked the president to fight for what they need – a barrier on the U.S. – Mexico border – and that is exactly what he is doing – damned be the politics. 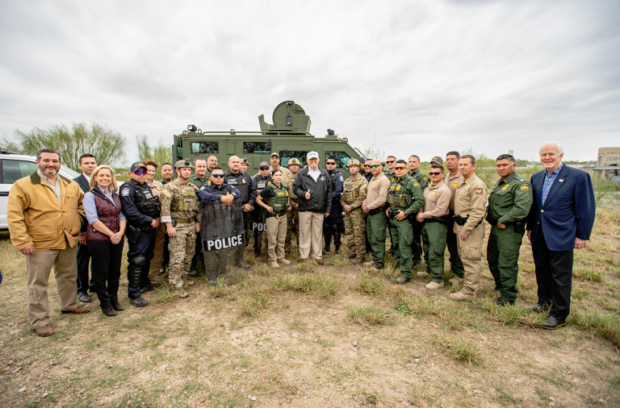 Support Conservative Daily News with a small donation via Paypal or credit card that will go towards supporting the news and commentary you've come to appreciate.
Tags
The Border Wall