Huawei, the Chinese tech titan, has been under the suspicion of fraud for years, but apart from a few gossips, it seemed the company wasn’t very affected by all these rumors. In fact, it managed to grow significantly despite them, becoming the world’s second-largest smartphone supplier.

Cut to December 1st, 2018, when the CFO of Huawei, Meng Wanzhou, was arrested in Canada as the US authorities demanded. Wanzhou is now facing extradition to the United States for conspiring to defraud banking institutions. 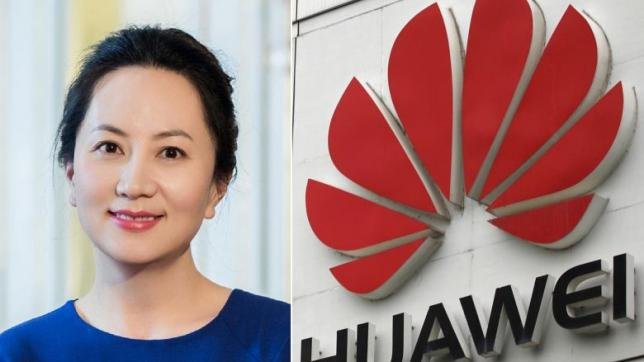 Her arrest is a significant breakthrough in the US’s case against the company, details of which have mostly been kept secret from the public eyes. A New York court issued the arrest warrant for Meng on August 22nd, and it clearly stated authorities have a 60 days deadline from the time of the arrest to provide Canadian courts with evidence of Meng’s intent to commit fraud. If not, Meng will be free to go.

A court hearing, held on December 7th, did not reach a definitive conclusion, so the court had to reconvene the following week when it decided Meng will be released on bail but must remain in British Columbia while the courts discuss her case.

American authorities began investigating Huawei back in 2016 for allegedly shipping US products to Iran and other countries in violation of US export laws. The company, one of the largest telecommunications manufacturers in the world, maintains it has always complied with rules and regulation when exporting their products.

The U.S. government believes Huawei used a shell company based in Hong Kong to sell products that contained American components. Meng denies any present ties to this company, called Skycom, arguing the Huawei sold it back in 2009 and is therefore no longer responsible for any violations current owners may commit.

However, American prosecutors claim Huawei is still very much in control of Skycom, and want Meng to be extradited to the U.S. to continue their investigation.

From Fraud to a Diplomacy Debacle

Given the current relationship between the U.S. and China, the case of Meng gathered some political nuances, with Beijing contacting American and Canadian ambassadors calling for Meng’s immediate release. Chinese government warned that this arrest is a clear violation of Meng’s rights.

But while this is the first clear legal move the U.S. has made against Huawei, it’s certainly not the only one. For a while, there has been a campaign conducted by American intelligence agencies such as the FBI and the CIA warning consumers not to buy Huawei products, while companies like Verizon and AT&T backed out of deals that would have sold Huawei phones on the U.S. market.

The news of Meng’s arrest also affected the market, as it came as Washington and Beijing begin three months of negotiation that would put a stop to (or at least improve) the two countries’ trade war. Given this new situation, a truce between US and Chinese trade seems somewhat unattainable now.

According to a criminal lawyer, it remains unclear what the ramifications of Meng’s arrest will be, though some speculate President Donald Trump may use her detention as leverage in negotiating a better trade concession with China. However, there are also American companies active in China currently under investigation as well, which can also be used by the Chinese government.

For now, the Huawei executive will remain in Canada under constant supervision by the authorities. The court decided Meng does not impose a flight risk but must provide a supervisor with telephone numbers, and stay inside her court-chosen residence from 11 PM to 6 AM every day.

She will surrender her passports and remain under the watch of a security company, while also wearing an ankle monitor. In the meanwhile, it is up to the American authorities to present the courts with sufficient evidence for extradition.

Support Conservative Daily News with a small donation via Paypal or credit card that will go towards supporting the news and commentary you've come to appreciate.
Tags
Huawei Meng Wanzhou