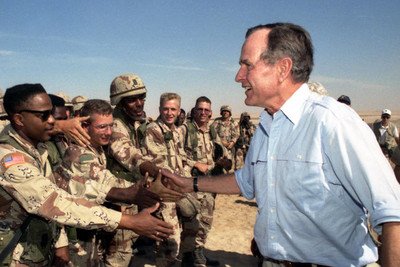 Operation Desert Storm was the first major foreign crisis for the United States after the end of the Cold War.

On Aug. 2, 1990, Saddam Hussein led a well-equipped Iraqi army into Kuwait, a major supplier of oil to the United States.

The U.S. had supplied Iraq with military aid during its eight-year war with Iran, giving Iraq the fourth-largest army in the world at that time. This posed a threat to Saudi Arabia, another major exporter of oil. If Saudi Arabia fell, Iraq would control one-fifth of the world’s oil supply. The Iraqi leader also was repeatedly violating United Nations resolutions, so the U.S. had U.N. support in responding to Iraq’s invasion of Kuwait.