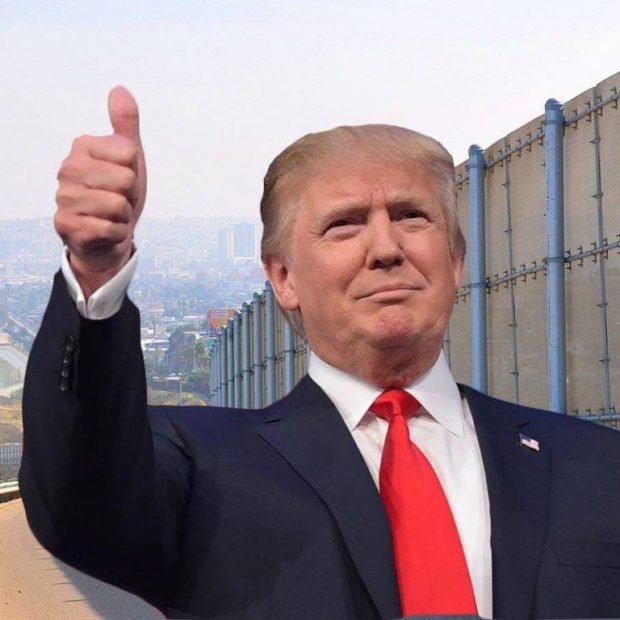 House Republicans gave President Trump the fully-funded border wall that he, and the American people, wanted. Now it’s up to Republicans in the Senate to pass the bill and send it to Trump’s desk lest they face the prospect of a government shutdown and the ire of voters in 2020.

“Thank you to our GREAT Republican Members of Congress for your VOTE to fund Border Security and the Wall,” Trump said on Twitter. “The final numbers were 217-185 and many have said that the enthusiasm was greater than they have ever seen before. So proud of you all. Now on to the Senate!”

During a meeting with House GOP leaders earlier Thursday, the president told them that he would not take the watered-down Senate proposal that did not include border wall funding and that sent them scrambling to add the funding into a last-minute spending bill in hopes of avoiding a government shutdown.

“I’ve made my position very clear: Any measure that funds the government must include border security,” Trump said at the White House.

At an Oval Office meeting a few hours earlier, Trump had informed House GOP leaders that he would not sign the Senate version, sending them scrambling to deliver new legislation that included $5 billion in border wall funding.

“We want to keep the government open, but we also want to see an agreement that protects the border,” said House Speaker Paul Ryan, R-Wis. “We have very serious concerns about securing our border.”

The Senate now has until midnight Friday night to pass a spending measure or the shutdown will be on Senate Majority Leader Mitch McConnell and Senate Republicans. There is little chance that McConnell will fight the measure ahead of the holidays and Democrats will be left watching from the sidelines as their resist movement takes yet another hit.

Support Conservative Daily News with a small donation via Paypal or credit card that will go towards supporting the news and commentary you've come to appreciate.
Tags
The Border Wall