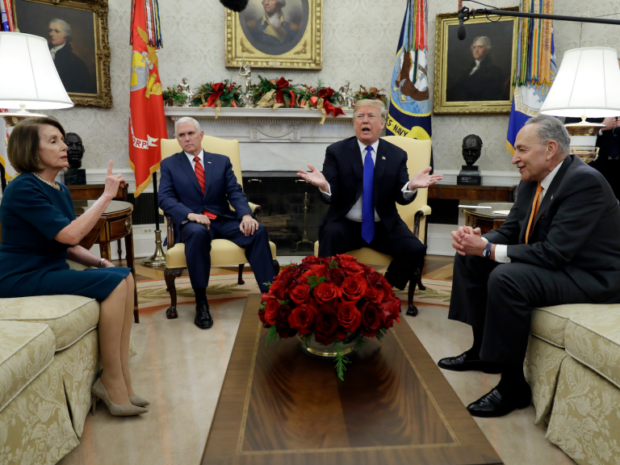 The above quote from Groucho Marx in 1930 could well apply to today’s Democrats when it comes to Trump. No sooner had Trump got into office in 2016 when they formed their so-called “resistance movement” and vowed to oppose anything that he does and that is a crying shame.

Trump has done more in the past two years than all the presidents put together with over 20 accomplishments. Fortunately, he had the majority in both houses at the time. Trump is a man who cares about the country and wants to see people succeed. He was doing that with a great economy and more people working than ever before by talking big government out of their lives, removing the shackles of Obama’s regulations and lowering taxes. The democrat party today are not the Democrats of old but socialists leaning towards communists. They believe that government is the answer to everything and they believe in dependency on government for power to themselves.  In other words power over the people.

The job of the president is to protect the people and that’s what Trump is trying to do with the latest border wall controversy or as he says “aesthetically pleasing steel slats.” I would have preferred a concrete wall with gun turrets on top, but I digress.

A design of our Steel Slat Barrier which is totally effective while at the same time beautiful! pic.twitter.com/sGltXh0cu9 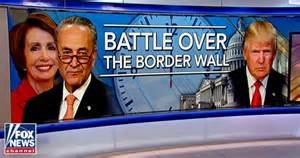 Trump is asking for five billion for the wall and Democrats oppose it. But when Obama was president Schumer, Pelosi and others all called for a wall to stem illegal immigration. Now that Trump is actually doing it they oppose it just because it’s him. They call for border security but don’t really mean it as to them all these illegals are future democrat voters.

In their last ditch effort before becoming the minority in the house they voted 217-185 to fund the wall for the 5 billion Trump asked for. The bill then went to the senate which was supposed to vote on it by midnight on Friday before leaving for the Christmas break.

Senate Majority Leader Mitch McConnell’s (R-Ky.) spokesman says the Senate does not have enough votes to change its rules and pass border wall funding with a simple majority. 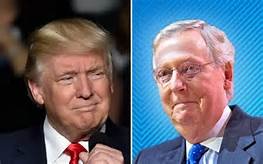 “The Leader has said for years that the votes are not there in the Conference to use the nuclear option. Just this morning, several Senators put out statements confirming their opposition, and confirming that there is not a majority in the conference to go down that road,” said David Popp, McConnell’s communications director.

The Senate unanimously approved a bill Wednesday night to keep the government running through Feb. 8 — without border wall money. Trump insisted Thursday that he would not sign it. It forced House Republicans to include the wall money in the new bill. On Friday the republicans did not hold a vote so the government will be partially shut down.

A shutdown would be the third this year. It would likely last through Christmas and into the new year, at least until Democrats take control of the House on Jan. 3.

Government employees considered essential would still work during that time. However, some of those workers would not get paid temporarily. They would get paid retro-actively after the shut -down is over.

In the meantime, an Iraq war veteran who is a triple amputee Brian Kolfage has started A grassroots online campaign to fund President Trump’s proposed border wall roared past $8.7 million on Thursday, but questions remained about whether the feds would be able to accept the gift.

As of Thursday evening, 143,821 people had donated $8,742,182 toward Air Force veteran Brian Kolfage’s GoFundMe campaign, titled We the People Will Fund the Wall, just a little over three days after its launch. 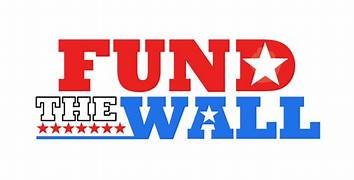 The pledge drive aims to raise $1 billion to “uphold our laws, and get this wall BUILT!” Kolfage, a Purple Heart recipient who lost both legs and an arm in Iraq, wrote on the campaign’s web page. “It’s up to Americans to help out and pitch in to get this project rolling.”

Rep. Bob Goodlatte (R-Va.), chair of the House Judiciary Committee and a longtime proponent of tighter border security, hailed the vet’s “impressive” campaign, even as he expressed reservations about allowing private citizens to govern with their wallets.

“I think it’s admirable, and I think that the country should respond,” Goodlatte told The Post. “Obviously, we can’t let citizens raise money and say, ‘The government will spend my money on this purpose.’ ”

According to the Treasury Department, general donations to the feds are directed to a “Gifts to the United States” fund, set aside for “general use” by the federal government or “budget needs.”

According to the Treasury Department, general donations to the feds are directed to a “Gifts to the United States” fund, set aside for “general use” by the federal government or “budget needs.”

Specific federal agencies can’t touch this funding without a congressional appropriation and as we know congress won’t approve with Schumer and Pelosi in charge.

Some agencies can accept gifts directly for earmarked purposes, but it was not clear if the Department of Homeland Security, which oversees the borders, was among them.

In another situation of dems opposing Trump, the U.S. Supreme Court dealt a blow to President Donald Trump on a signature issue, refusing to let him start automatically rejecting asylum bids by people who cross the Mexican border illegally.

The justices’ order, on a 5-4 vote with Chief Justice John Roberts in the majority, left in effect a lower court decision that temporarily bars the president from changing the rules for people who claim asylum after entering the country from Mexico. Justices Clarence Thomas, Samuel Alito, Neil Gorsuch and Brett Kavanaugh dissented.

Although the legal fight isn’t over, the high court rebuff of Trump’s request to block the order suggests skepticism about the administration’s legal case.

The disputed Trump policy, designed to apply for 90 days, would effectively require all asylum claims to be made at official ports of entry. The administration is separately planning to start requiring asylum seekers to wait in Mexico while their cases are being processed.

Justice Ruth Bader Ginsburg reportedly voted from her hospital bed to refuse to let the government enforce the Trump administration’s proposed restriction on asylum. The Supreme Court is there for one reason and that is to interpret the “Rule of Law” and to uphold our Constitution, but as in this case when it comes to Trump they’re against it.