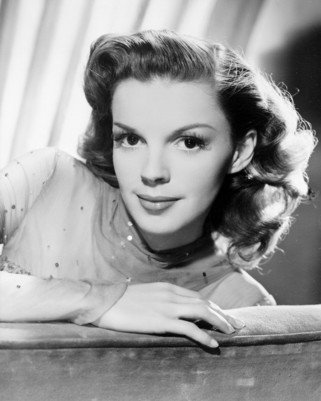 For me, learning about World War II was all superficial knowledge until my history teacher played us “Have Yourself a Merry Little Christmas” by Judy Garland.

In hindsight, we know that the war would end the next year, but Christmas of 1944 was something different to Americans of the time. For a moment, stop what you are doing. Go find Judy Garland’s rendition of the song, and sit and listen. (Seriously, go now.)

Have Yourself a Merry Little Christmas by Judy Garland

Have yourself a merry little Christmas

Let your heart be light

Next year all our troubles will be out of sight

Have yourself a merry little Christmas

Next year all our troubles will be miles away

Once again as in olden days

Faithful friends who are dear to us

Will be near to us once more

Someday soon we all will be together

If the fates allow

Until then we’ll have to muddle through somehow

So have yourself a merry little Christmas now

The song is an incredibly sad song. The world was still at war and these words pierced the country with hope and melancholy at the same time. As I sat in the classroom, Judy Garland’s voice filled the room with a heaviness I wouldn’t feel or understand again until I was waiting back at home for my soldier while he was deployed to Afghanistan.

Before I raised my right hand and swore an oath of enlistment in the Navy, I was an Army wife.

My husband served in the 173rd Airborne Brigade Combat Team and deployed in operations Enduring Freedom VIII in 2007, and OEF X in 2009. As an infantryman, when he wasn’t in Afghanistan, he was in some forest in northern Italy, or on some weapons range in Germany.

This is where I learned to wait. This is where we, as a couple, learned what resilience looked and felt like. The pains of deployment and redeployment bruised us, made us stronger, and pushed us toward each other.

Everything told us to hang in there and things would get better.

Christmas in the Battlefield

When you’re deployed, you wonder if people think of you. You hope they do, and you fear they don’t.

When I hear my husband recall his Christmases in Afghanistan, there’s a bittersweetness about it. Just like the words of Judy Garland, I hear hope and melancholy. I am grateful for a brotherhood that kept him safe and gave him a reason to push through “the suck.” I am saddened by how lonely he felt, how forgotten he felt, and how he longed to be remembered.

Sitting on the border of Afghanistan and Pakistan, surrounded by mountains, this band of brothers looked to each other for family. They fought and lived for each other, making sure each of them could get back home.

Judy sings, “Until then we’ll have to muddle through somehow.”

They muddled through by playing video games to wind down after tower guard and feasting on the only meat they could get shipped in: Salisbury steak sandwiches made with blueberry bagels.

As we get closer to Christmas, I remind myself there are still service members deployed overseas — away from their families, working 18-hour shifts on Christmas Eve and Christmas Day, but they do this for you.

They do this for each other and those that have come before them.

This year, remember them, because they hope that you do, and fear that you don’t.