President Donald Trump has no public events on his official schedule for Monday.

Fox News has announced that it will air a live interview with President Trump during tonight’s “All-American New Year” on the Fox News Channel.

The president and first lady have spent most of the holiday season at the White House and are now expected to stay in residence there until after the New Year.

….Senator Schumer, more than a year longer than any other Administration in history. These are people who have been approved by committees and all others, yet Schumer continues to hold them back from serving their Country! Very Unfair!

Heads of countries are calling wanting to know why Senator Schumer is not approving their otherwise approved Ambassadors!? Likewise in Government lawyers and others are being delayed at a record pace! 360 great and hardworking people are waiting for approval from….

It’s incredible how Democrats can all use their ridiculous sound bite and say that a Wall doesn’t work. It does, and properly built, almost 100%! They say it’s old technology – but so is the wheel. They now say it is immoral- but it is far more immoral for people to be dying!

I’m in the Oval Office. Democrats, come back from vacation now and give us the votes necessary for Border Security, including the Wall. You voted yes in 2006 and 2013. One more yes, but with me in office, I’ll get it built, and Fast!

I am the only person in America who could say that, “I’m bringing our great troops back home, with victory,” and get BAD press. It is Fake News and Pundits who have FAILED for years that are doing the complaining. If I stayed in Endless Wars forever, they would still be unhappy!

I campaigned on Border Security, which you cannot have without a strong and powerful Wall. Our Southern Border has long been an “Open Wound,” where drugs, criminals (including human traffickers) and illegals would pour into our Country. Dems should get back here an fix now!

…..Except the results are FAR BETTER than I ever said they were going to be! I campaigned against the NEVER ENDING WARS, remember!

…I campaigned on getting out of Syria and other places. Now when I start getting out the Fake News Media, or some failed Generals who were unable to do the job before I arrived, like to complain about me & my tactics, which are working. Just doing what I said I was going to do!

If anybody but Donald Trump did what I did in Syria, which was an ISIS loaded mess when I became President, they would be a national hero. ISIS is mostly gone, we’re slowly sending our troops back home to be with their families, while at the same time fighting ISIS remnants……

An all concrete Wall was NEVER ABANDONED, as has been reported by the media. Some areas will be all concrete but the experts at Border Patrol prefer a Wall that is see through (thereby making it possible to see what is happening on both sides). Makes sense to me! 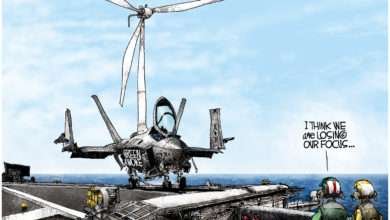 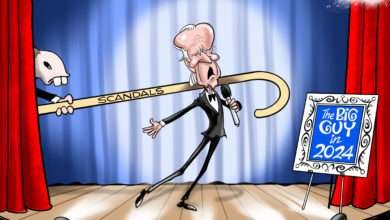