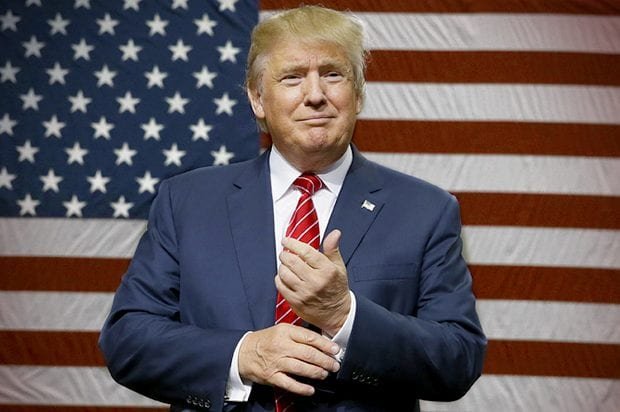 Today, in a presentation at the National Press Club of Washington, the American Primary Aluminum Association (APAA) in conjunction with Economic Policy Institute (EPI), the Alliance for American Manufacturing (AAM) and the Coalition for a Prosperous America (CPA), addressed the economic effects of President Trump’s steel and aluminum tariffs. As part of this presentation, EPI released a new economic study on the impact the aluminum tariffs have had on the aluminum industry, which shows conclusively that the tariffs are helping boost aluminum production and create jobs.

The EPI study points out that as a result of the aluminum tariffs twenty-two new and expansion projects have been announced in downstream aluminum industries producing extruded (rod and bar, pipe and tube and extruded shapes) and rolled (sheet and plate) products. The EPI study also notes that these expanded facilities will employ 2,000 workers, generate $3.3 billion in new investments, and will add nearly one million tons of annual rolling and extrusion capacity to the downstream, domestic aluminum industry.

“Today’s conclusive study by EPI confirms the positive impact the Trump administration’s Section 232 tariffs are having on the U.S. aluminum industry,” said Jesse Gary, Chairman of the APAA. “The U.S. primary aluminum industry and thousands of American aluminum workers are getting back to work, with domestic production expected to increase by over 60% by the end of the first quarter of 2019.”

Fr. U.S. Senator Evan Bayh (D-IN), who represented an aluminum and steel producing state for over two decades, noted that “the Section 232 aluminum tariffs protect us from countries that cheat and level the playing field for American workers.” Senator Bayh also pointed out that “as a result of the tariffs, thousands of working-class families in my home state of Indiana and across our nation who work in manufacturing can keep their jobs.”

“When the aluminum and steel tariffs were first imposed, critics claimed that there would be a devastating impact on the domestic economy and industries,” said Robert E. Scott, Senior Economist at EPI and author of the latest report. “This report examines real evidence of employment, investment and capacity expansions in both primary aluminum and downstream industries, and documents the positive and tangible economic impact the Section 232 tariffs have had on all segments of the aluminum industry.”

The report highlights some of the key advancements made since the tariffs’ implementation, including the addition of 164,000 jobs created in the manufacturing sector, including 2,700 in metal production. In the rest of the domestic economy, 1.7 million jobs have been created in this same period directly disputing claims made by large industry and trade groups that tariffs would have a negative impact. In particular, the report challenges the beer industry’s claims that aluminum tariffs would harm the beer industry by revealing the industry’s growing demand for craft and imported brews – a market development which has nothing to do with the implementation of tariffs.

The report concludes that there is absolutely no evidence to suggest that the imposition of tariffs in aluminum or steel industries have had the kinds of negative employment impacts in downstream manufacturing or in parts of the economy that were predicted by critics of aluminum tariffs.

In addition to the impressive job creation, twenty-two expansion projects were announced in downstream aluminum industries, shipments of aluminum and steel products have increased, and domestic U.S. producers have outperformed continental production.

Support Conservative Daily News with a small donation via Paypal or credit card that will go towards supporting the news and commentary you've come to appreciate.
Tags
tariffs